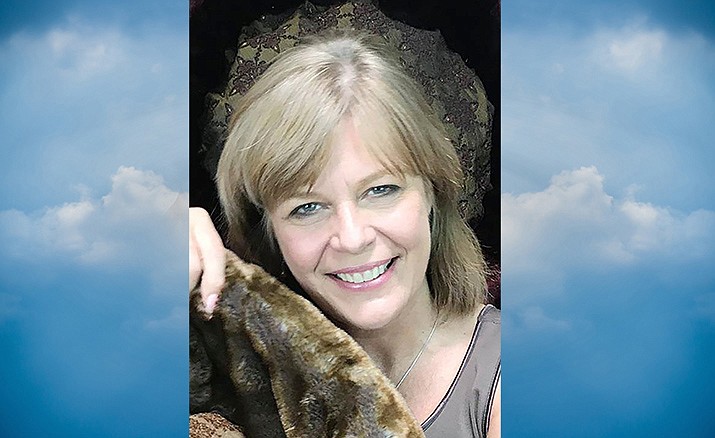 Barbara Rasmussen, 61 of Clarkdale, passed away on July 1, 2021 at Banner Gateway Hospital in Gilbert.

She was born on November 28, 1959 in New Jersey to Robert Thulin and Marilyn Messina. Barbara belonged to and sang in the choir at Immaculate Conception Catholic Church.

Barbara attended Parsons School of Design from 1985 to 1987. She was a model, the owner of Decadent Digs, and worked for Ralph Lauren and Saks 5th Ave in NYC.

One special accomplishment of hers was becoming a high fashion model in Paris, France. At 18, a modeling agency in Paris wrangled her in, embarking on her high fashion modeling career. Barbara modeled in runway fashion shows, TV commercials, print ads and catalogs as a High Fashion Model or Commercial Model in Paris, France and Houston, Dallas, New York, New Jersey and Arizona.

At 25 years old, Barbara sharpened her sword as a designer at Parsons School of Design. She focused her heart on knits and created Fibertales which specialized in scenic heirloom, signed and dated, art cardigans called “The Sweater of Your Lifetime.”

Barbara’s art sweaters sold in the Collections Department in Nordstrom’s department stores and in high-end art galleries throughout New England.

Barbara then started designing and making pet beds for her cats which then turned into Decadent Digs. Her work has been featured in Neiman Marcus, Scottsdale, doing trunk shows and has been featured nationally on TV, in magazines and newspapers, such as The New York Times, Phoenix Home and Garden Magazine, Good Morning America, Modern Dog Magazine and on HGTV, as well magazines and websites internationally such as “The London Financial Times.”

Barbara is survived by her loving and devoted husband, Michael; their cat and dog; brother, Steven Thulin of New Jersey and sister, Valerie Mealey of Texas. Services will be held at Immaculate Conception Catholic Church in Cottonwood on Friday, July 23, 2021 at 11:00 a.m.