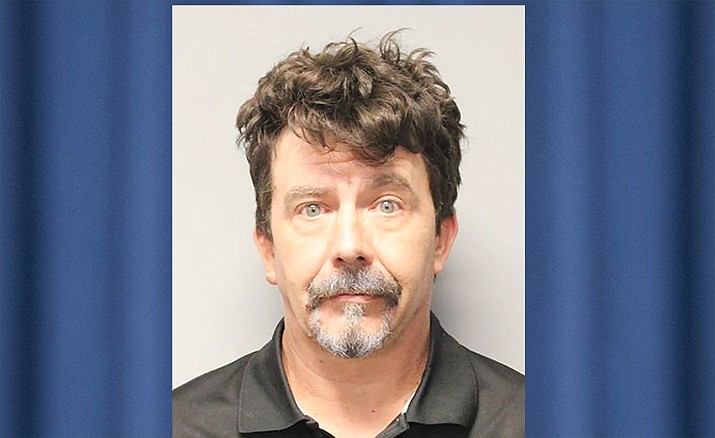 Thursday, July 15, a Yavapai County Jury found a Cottonwood man guilty, in absentia, of sex crimes he allegedly committed almost five years ago, according to a news release.

Joel Frederick Deems, 51, of Cottonwood, was guilty of 10 counts of sexual exploitation of a minor, 10 counts of voyeurism and 10 counts of surreptitious viewing, according to the Yavapai County Attorney’s Office. After Deems failed to appear for his trial, the case was tried in his absence.

The case stemmed from a report by the victim’s parents to the Clarkdale Police Department in December 2016, after they discovered hidden cameras in their children’s bathroom, the release states. Deems had been renting a room from the parents for the previous six months.

Officers found two cameras in the bathroom that were disguised behind a mirror and some artwork. The artwork in the bathroom had been placed there by Deems “for the girls,” according to the release.

One camera was directed toward the toilet and the other toward the shower. The cameras were connected to cables that led in and out of Deems’ bedroom and then to his van parked outside the residence.

The cables were connected to a DVR recording device that also had a monitor hooked up to it. During a search warrant of Deems’ van, police found two pairs of children’s underwear.

Deems is facing a minimum of 100 years in prison. After the jury’s verdict, Judge Debra R. Phelan issued a nationwide non-bondable warrant for his arrest.

“Cases such as this shock the conscience,” Yavapai County Attorney Sheila Polk said in the release. “I commend the Clarkdale Police Department and Deputy County Attorney Casi Harris for their outstanding work on the investigation and prosecution.”