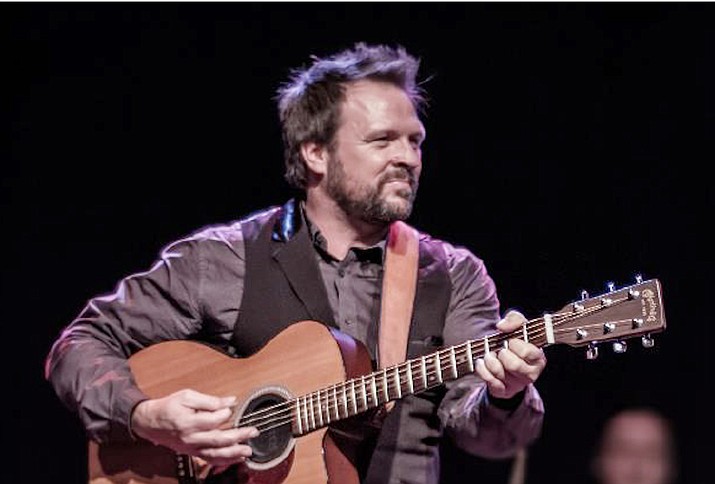 Michael Johnson is a Berklee educated musician and touring recording artist based in Las Vegas. He performed with many national symphonies and in pop & rock concerts, including shows with Cheap Trick and other famous acts.

Another fabulous act comes to Sound Bites Grill in Uptown Sedona Saturday, July 23, from 6 to 9 p.m.

A consummate performer and national touring artist, Michael Johnson rocks the night away, accompanied by local musicians Patrick Ki on guitar, Adriel Zang-Perrault on percussion and Marcus Vann on bass.

Johnson is a Berklee-educated musician and touring recording artist based in Las Vegas. He performed with many national symphonies and in pop & rock concerts, including shows with Cheap Trick and other famous acts. He is also a composer and recording artist now completing his new album, “Exploring the Open.”

Zang-Perrault is a drummer, songwriter, producer, and singer based in Sedona. He graduated from NSAA in 2008 and has made music ever since.

Be sure not to miss this awesome high-energy show at Sound Bites Grill while enjoying some of the finest fare in town.