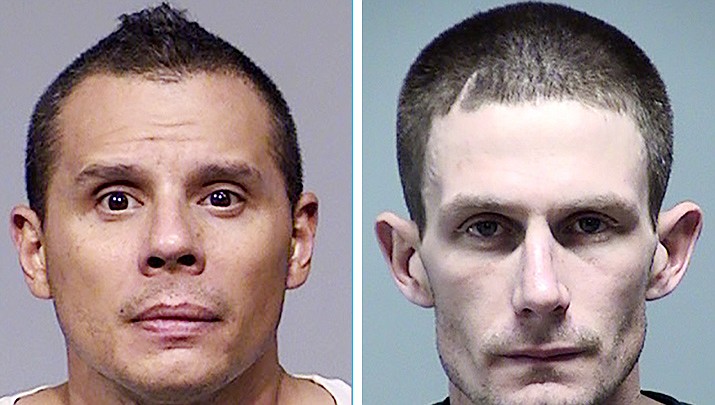 If you provide information leading to the arrest of either man, you could earn up to a $500 cash reward. To earn your reward, you must call Yavapai Silent Witness at 1-800-932-3232 or submit a tip at yavapaisw.com. All tips are always anonymous.

The Camp Verde Marshall’s Office is asking for your help in locating Anthony Gerard Parks.

In late May, according to CVMO, a vehicle was stolen from the Out of Africa Wildlife Park in Camp Verde. Following the initial investigation, it was discovered that Parks had burglarized the animal park and stole the vehicle.

Parks is wanted by the Camp Verde Marshal’s Office for third-degree burglary, theft of a means of transportation, possession of drug paraphernalia, and possession of burglary tools.

He also has multiple warrants from other jurisdictions, including one for an Arizona Department of Corrections parole violation.

Parks is a 32-year-old white man, 5-feet, 9-inches tall, 140 pounds with brown hair and blue eyes. His last known address is in the 400 block of Azure Place in Camp Verde.

The Yavapai County Sheriff’s Office is searching for Dustin Michael Ybarra. According to YCSO, on April 13, a Yavapai County deputy saw Ybarra driving his vehicle past the deputy’s parked vehicle. The deputy knew that Ybarra had a suspended driver’s license, so he followed him to a minimart in McGuireville where Ybarra stopped.

Following a record check, the deputy learned that not only did Ybarra have a suspended license, but he also had two warrants out for his arrest as well. He was taken into custody at that moment.

Ybarra was found to be in possession of methamphetamine and had been drinking alcohol. He was charged with aggravated DUI, but after he was out of jail he has since failed to appear in court, leading to a felony arrest warrant.

Ybarra is a 38-year-old Hispanic man with black hair, brown eyes and multiple tattoos. His last known address is in the 600 block of South Western Drive in Cornville.