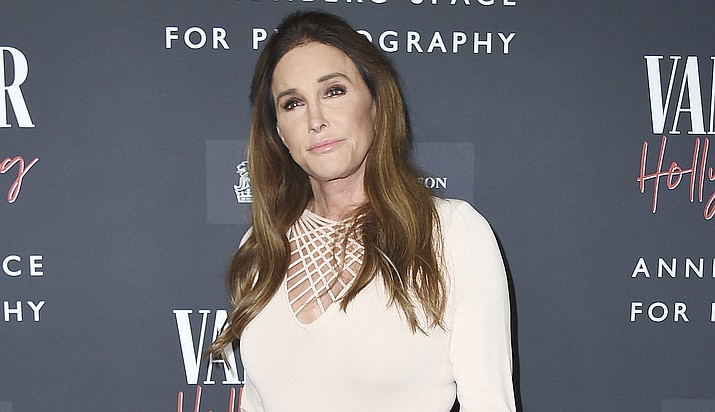 “Sports is a great unifier in our country,” said directors and co-executive producers Chapman Way and Maclain Way in a statement. “It crosses politics. It permeates culture. We’ve tried to separate it as its own industry, but just like art and film, it’s so pervasive it generates a wide discussion amongst people.”

LOS ANGELES (AP) — Caitlyn Jenner’s reflections about winning an Olympic gold medal, boxer Christy Martin’s fight for her life outside the ring and the infamous “Malice at the Palace” brawl are some of the most controversial sports moments highlighted in a new Netflix docuseries airing next month.

The streaming giant announced Tuesday that the series “UNTOLD” will premiere Aug. 10. The five-part docuseries will air weekly with each 80-minute film starting off at a pivotal sports moment before diving deep into the story beyond the headlines.

“Sports is a great unifier in our country,” said directors and co-executive producers Chapman Way and Maclain Way in a statement. “It crosses politics. It permeates culture. We’ve tried to separate it as its own industry, but just like art and film, it’s so pervasive it generates a wide discussion amongst people.”

The first film focuses on the 2004 melee between the Indiana Pacers and some Detroit Pistons fans when Ron Artest (now named Metta Sandiford-Artest) charged into the stands after a fan threw a drink on him during a nationally televised game at the Palace of Auburn Hills. With never-before-seen footage, the players involved in the brawl explain their roles in one of the NBA’s darkest moments in league history.

Jenner won the Olympic decathlon in 1976, but her toughest journey was coming into her own identity. Jenner traces her life with new insight from winning gold, the decision behind transitioning into becoming a transgender woman and her relationship with her children.

Known as “The Coal Miner’s Daughter,” Martin experienced a meteoric high as a trailblazing female boxer but she soon fell from grace into the lows of substance abuse, domestic violence and a brutal attack by her husband/coach. Her film reveals how she has battled back along with additional interviews from Mike Tyson, Laila Ali and her ex-husband, Jim Martin, who was convicted of attempted murder and is speaking publicly for the first time since his imprisonment.

The docuseries will tell the story behind a misfit band of UHL hockey players — known as the Trashers — who took orders from the “Mighty Ducks”-obsessed teenage son of an alleged mob boss. The final film will touch on how tennis player Mardy Fish’s struggles with severe anxiety disorder caused him to withdraw minutes before his 2012 U.S. Open match against Roger Federer.

The Way Brothers said they want to meet their subjects in each film where their “truth lies and make it as cinematic as possible.” The project will be produced by Propagate, Stardust Frames and The Players’ Tribune.

“We chose these stories by asking ourselves this question: ‘Is this the single most important thing that happened in this person’s life?’” said the directors, who created the Netflix docuseries “Wild Wild Country.” “What we’ve found doing documentaries is if you’re sitting down with someone and the event that you are interviewing them about was the most pivotal and important thing that happened to them, you are going to walk away with really fascinating insights into their lives, that have a sense of a narrative built in — a beginning, middle and end.”