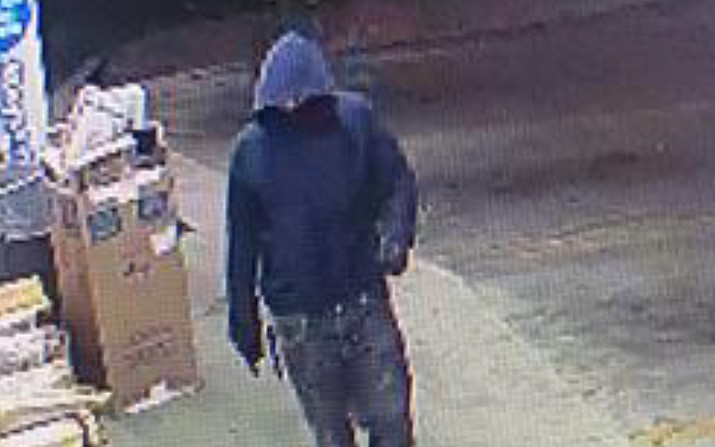 The Sedona Police Department is currently looking for a man who allegedly robbed a restaurant July 24, 2021. A similarly-described male also allegedly robbed a gas station in the Village of Oak Creek on July 18, and another gas station in Camp Verde on July 16. Sedona PD and the Camp Verde Marshall’s Office are working together to see if the cases are linked. (Sedona PD/Courtesy)

SEDONA — A potential serial robber could be making his way through the Verde Valley.

On July 24 around 7:45 p.m., an unidentified male in his 30s wearing a dark navy sweatshirt, blue jeans and white shoes with black laces entered a sandwich restaurant in Sedona and allegedly demanded money from the register, according to a Sedona Police Department news release Tuesday, July 27.

The man reportedly passed a note to the clerk indicating that he had a weapon, according to Sgt. Michael Dominguez, spokesperson for Sedona PD.

The same man is potentially linked to at least two other robberies in the Village of Oak Creek and Camp Verde, Dominguez said, but added that it has not been confirmed.

Dominguez told The Verde Independent that there is, “No way to confirm it is the same exact individual,” but that Sedona PD and the Camp Verde Marshal’s Office (CVMO) are sharing case notes to determine if it is the same man.

In a robbery that took place July 18 at 3:25 a.m., a suspect entered a gas station on State Route 179 in the Village of Oak Creek and allegedly “demanded” the store clerk to “fill the bag for the baby (money from the register).”

Dominguez said the suspect allegedly had a weapon, but did not “use it to threaten.”

Sedona PD would not release what exactly the weapon used was.

The white male involved in the robbery was described to be in his 30s and wearing a dark blue hoodie, blue jeans and white shoes. He was approximately 5-foot-10 and weighs 170 pounds, and according to Sedona PD, “speaks in a low-toned voice.”

The Verde Independent reported last week that CVMO was searching for a suspect who allegedly used a knife to rob a gas station on the 1600 block of State Route 260 just off Interstate 17.

Deputies for CVMO were alerted to a report of armed robbery taking place at 3:50 p.m. July 16 when once again, an unidentified male described to be in his 30s wearing a dark blue hoodie with a black-colored facemask, blue jeans and white shoes, entered the gas station. 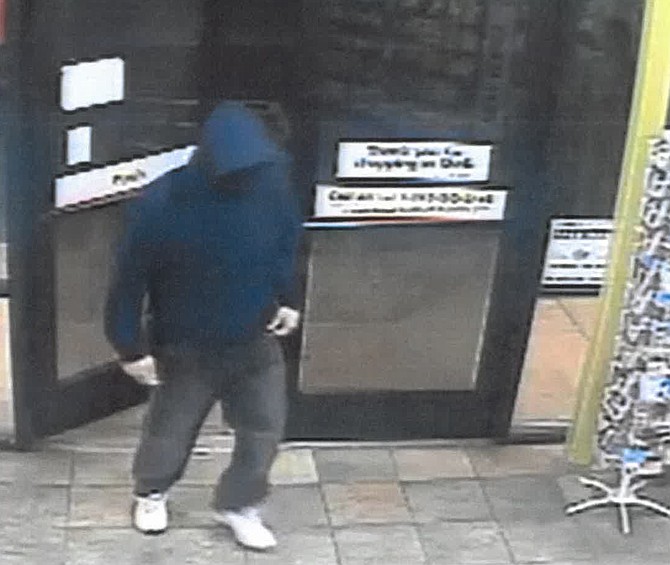 An unidentified male described to be 30 to 40 years of age allegedly robbed a gas station on the 1600 block of State Route 260 just off Interstate 17 on Friday, July 16, 2021. The Camp Verde Marshal’s Office is looking for information on the man and Yavapai County Silent Witness is offering a $600 reward if an arrest is made. (CVMO/Courtesy)

The suspect, according to a CVMO release, “approached the counter and handed the clerk a black colored bag before brandishing a knife and demanding money.”

In all three robberies, the suspect wore almost identical clothing, is around the same height, weight and age.

Both Sedona PD and CVMO continue to work together to see if the Sedona and Camp Verde cases are linked to a specific individual.

Yavapai Silent Witness is offering up to $600 for information leading to the identity and arrest of the Camp Verde suspect.

To earn the reward, call 800-932-3232, or submit a tip at yavapaisw.com. Remember, all tips are always anonymous, you never have to give your name.