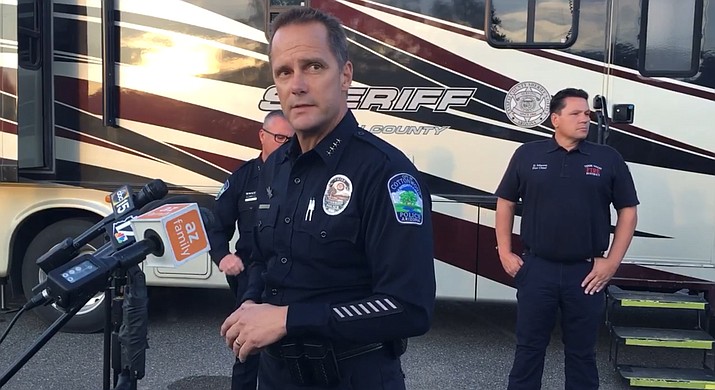 Cottonwood Police Department Chief Steve Gesell announces to the media that 16-year-old Faith Moore was found by search and rescue along the banks of the Verde River on Wednesday, July 28, 2021. (VVN video screenshot)

COTTONWOOD — The search for 16-year-old Faith Moore came to an end Wednesday night as search and rescue crews found her body where the Verde River meets the wash where the teenager was last seen.

Speaking to a community gripped by the search for Moore, who called for help last weekend because her car was stranded in knee-high water due to a monsoon storm, Cottonwood Police Department Chief Steve Gesell announced that the family had positively identified the body.

“I’m here to announce tonight, certainly light years from the miracle that we were hoping for of finding Faith alive and well, we have recovered her body along the banks of the Verde River about three hours ago,” Gesell said during a press conference around 7 p.m. Wednesday, July 28. 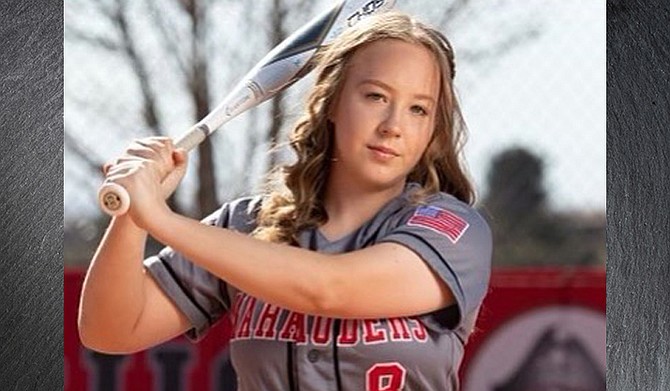 On Saturday, July 24, first responders were able to make visual contact with Moore, who called 911 at approximately 9:30 p.m., but during the rescue attempt in a wash on Camino Real near State Route 260, she was swept out of her car and downstream.

Although the water was only at knee-high levels when she first called, the water quickly rose to more than 8 feet within an hour, according to the Yavapai County Sheriff’s Office last week.

Cottonwood PD Operations Commander Chris Dowell said during the press conference that one of his K9 officers were first on scene.

“The water appeared to be very shallow. And it wasn’t until two-thirds across [the road] … when it dropped to about 18 inches to two feet,” Dowell said. “Once that occurred, the vehicle was swept downstream and if it wasn’t for the grace of God and a couple of rocks on the edge of it, it caught [the K9 officer], and it nearly rolled the vehicle over.” 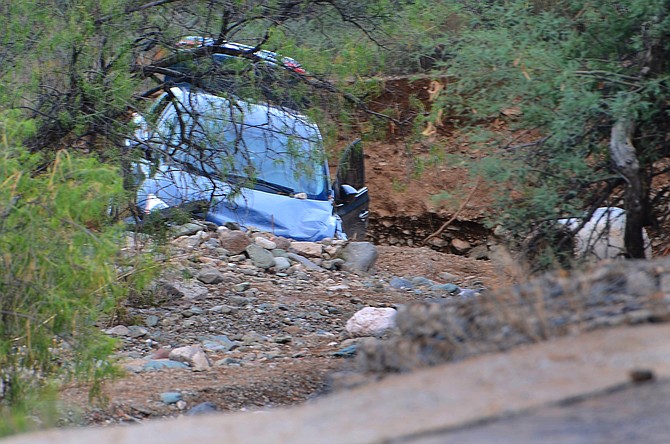 Search teams have fanned out from this car in a wash just off Camino Real on Sunday night, July 25, as they look for a 16-year-old girl that was swept away in a flood Saturday night. VVN/Vyto Starinskas

From there, the Cottonwood Fire Department conducted a rescue on the K9 and the K9 officer.

Dowell added that the water level became so high that they had to call in a SWAT armored vehicle to get across and shuttle fire personnel.

Hundreds of volunteers, first responders from the Verde Valley and other parts of the state, K9 units and even a National Guard Blackhawk helicopter, spent four days searching for Moore.

Yavapai County Sheriff David Rhodes told The Verde Independent on Wednesday that at one point, there were nearly 500 first responders involved in the operation. 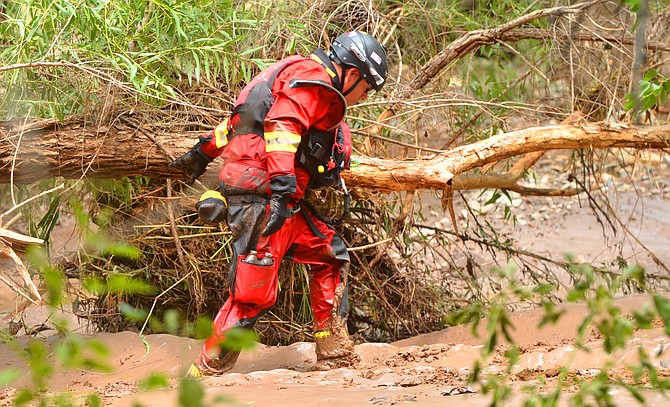 On Monday night, July 26, community leaders and pastors led hundreds of community members in prayer at Mingus Union High School’s softball field where Moore’s mother told the crowd, “Thank you to each and every one of you for being here, for praying. For helping find our girl.”

By Tuesday, first responders, along with many volunteers, were up at 6 a.m. to begin the search again for Faith Moore. The same on Wednesday morning, July 28, until around 4 p.m. when she was found.

After his initial comments, Gesell went on to say how in “awe” he was of the local community and all it had done to try and find the local high school student.

In a statement Friday, July 30, Sheriff Rhodes sent condolences to the family and praised the community for their efforts.

“I, like all of you, felt the pain of losing Faith Moore so tragically this week. We at the Yavapai County Sheriff’s Office send our condolences to her family and are so thankful we were able to be part of the effort to bring her home,” Rhodes said.

He added, “I am also in awe of the community outreach and support that was offered over the four days we looked for Faith. More than 80 volunteers a day worked with our Incident Command Team in the heat, humidity and rain for hours on end. Countless more people volunteered to help in other ways.”

Dowell read a statement from the family during the press conference Wednesday:

“Chris and Katie wish to thank family, friends, public safety and community that have been with us relentlessly to bring Faith home. The love, prayers and support, has been overwhelming and appreciated. Humbly, from the bottom of our hearts, thank you, Faith is now home.”