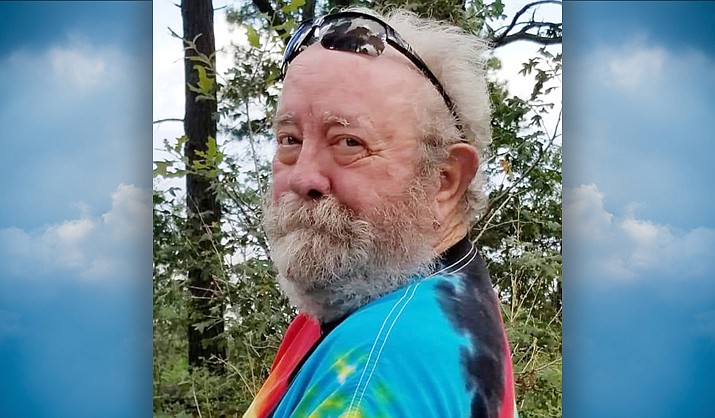 Von led a very grand life! He joined the Marines, and proudly served his country in Vietnam. He graduated from NAU with a B.S. in Education. From bartending to teaching, working at KAZM Radio, digging ditches and finally living his best life, working at the Camp Verde Library, also acting as the President of CVARP, he made things better everywhere he went.

He lost his wife, Barbie (Van Buskirk) in 2011, as well as his mother, Irene Hatch (Rogers) a month later. Having lost his father, Jenner Hatch and all but one sibling, Darrell Hatch (Rinda) at the time of his passing. He is survived by his daughter, Andrea Bittenbender (Hatch); his son, Morgan Hatch; his grandchildren, Christopher Bittenbender (Nicole), Elizabeth Bittenbender, Owen Kendall and Ray Kendall, and his great-granddaughter, Addilyn Bittenbender (Christopher and Nicole).

He made such a difference in the lives of everyone he came into contact with, he was the connective tissue that held so many diverse people together. He loved his family and friends with all of his heart. He made this world a better place, in so many ways. He forever changed the lives of so many. He loved without judgment, was a father to more than just his children. He inspired people to read, to grow, to be better and to be kind. The emptiness felt by those who love him is huge and will never be filled. Please, in memory of this great man, follow in his footsteps, do something kind, read a book or plant something.

A Celebration of Life will be held on a future date. Condolences may be shared at www.buelerfuneralhome.com.