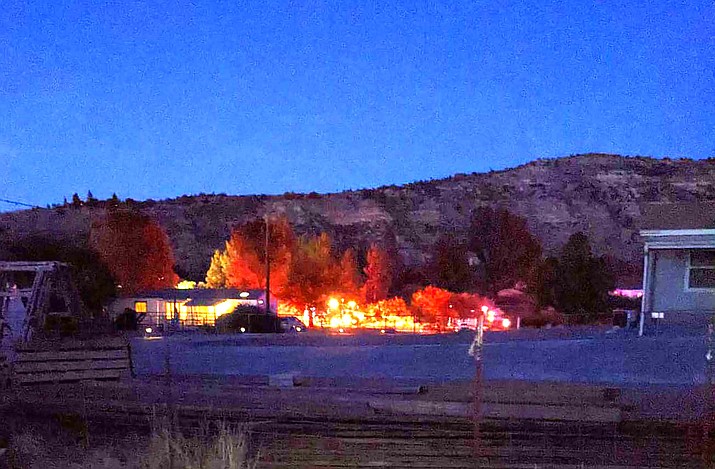 CAMP VERDE - Despite response from multiple agencies, a single-family home was destroyed by fire late Friday afternoon just before the start of the Memorial Day Weekend, according to the Copper Canyon Fire and Medical District.

One person sustained minor injuries in the fire on Stagecoach Road near the Montezuma Castle, according to Copper Canyon Fire. The fire also spread to a shed on the property.

The fire also spread into the surrounding trees and brush, but U.S. Forest Service responded and extinguished the spreading blaze.

A fifth-wheel RV parked at a neighbor’s yard also went up in flames, according to Mitzie Christian, who lives across the street. She could hear explosions as it burned.

Christian said the home was a manufactured mobile home and there was a woman living there. “Yes it was awful,” Christian said. “Scary.”

The structure was fully-involved when firefighters arrived, and they went defensive on it to protect everything in the area, Copper Canyon Fire said.

The firefighters kept the fire from extending to any other homes in the area.