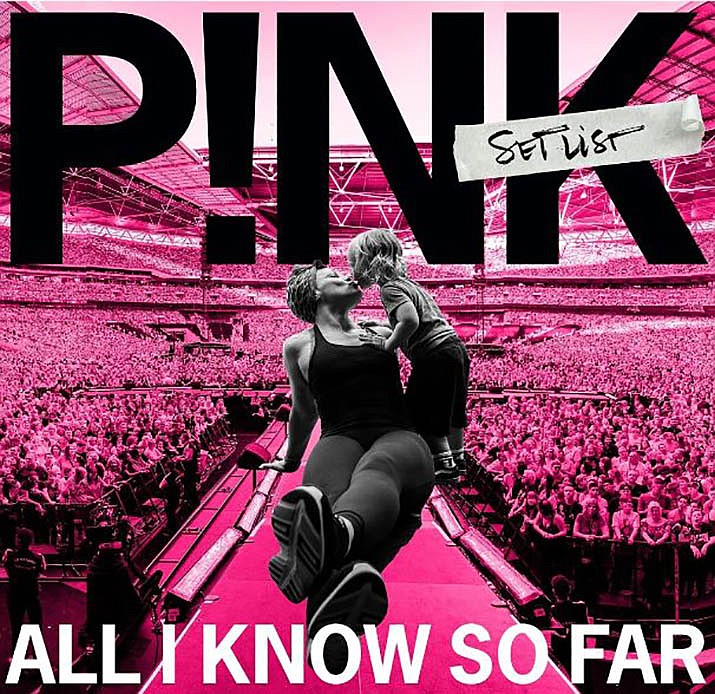 New music available includes Pink's "All I Know So Far: Setlist" from RCA.

Here are some of the newest music albums being released.

Pink - All I Know So Far: Setlist

The pop singer architects her legacy with a new documentary and live album from her 2019 tour. As a performer, she’s fun and loose, even as her newest music feels more like a means to an end … Pink is architecting her legacy now, and the industry is celebrating her for sticking around.

Alan Jackson – Where Have You Gone

Alan Jackson’s brand new studio album, Where Have You Gone, is his first country release in over five years. He’s one of the best-selling music artists of all time with over 75M records sold worldwide.

Alan is a member of the Grand Ole Opry & has topped the Billboard Country charts with 35 #1 Singles & 15 #1 Albums.

On the opening track ‘Where Have You Gone,’ Alan Jackson sings ‘sounds from the soul, fiddle I need you / sweet country music, where have you gone? – it’s a tender track expressing his love for the genre that has made his career.

In a moment when the genre is diversifying, imbibing elements of hip hop and pop,

Alan Jackson emerges from the off with his immensely traditional sound that is rooted in the history of the genre.

Sonically, the record is rammed with traditional country instrumentation and lyrically the album is full of classic and traditional songwriting – from love, loss and sorrow to cheating and drinking.

Underwood has also been enjoying success on the Christian charts lately thanks to her faith album My Savior, which debuted at No. 1 on both the Billboard Country and Christian charts, as well as No. 4 on the Billboard 200 chart after its March 2021 release. That album marked Underwood’s ninth consecutive studio album to debut  at No. 1 on the Billboard Country chart, extending her record as the only country artist to achieve that feat with all nine of her studio album releases from the beginning of her career.

Blake Shelton doesn’t seem particularly gaunt at any given time, but weightlessness may be the term that best applies to “Body Language,” his first all-new album in four years.

That can be said for better or worse, or both: Breezy, slightly attitudinal affability is a quality that works for the country superstar on record as much as it does on “The Voice,” and when the songs he’s picking are clever enough, streaming one of his albums really is the aural equivalent of turning on a light tap.

This, his 11th studio album, probably has less truly serious content to it than any he’s ever put out.

There can be both a lack of ambition and a sense of relief going into an album where you can rest assured the breakup songs will have exactly the same gravity as the hookup songs: little to pleasantly none.