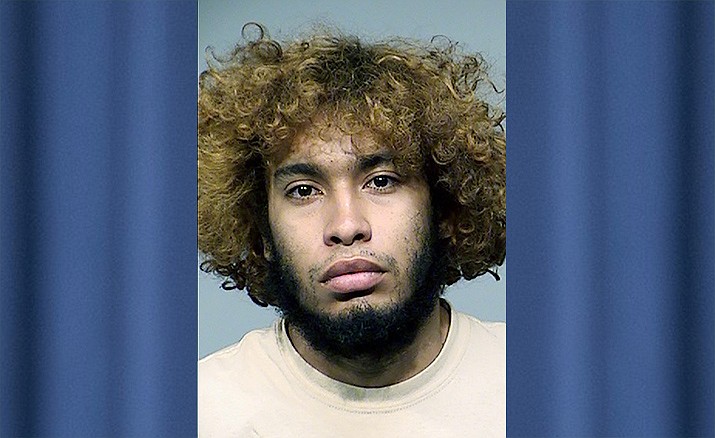 COTTONWOOD — A Cottonwood man was jailed this week after he allegedly tried to enter a vacant home and later assaulted an officer.

Ian G. Mata, 23, was booked into the Yavapai County Detention Center Wednesday on charges of aggravated assault on law enforcement, criminal trespass, disorderly conduct and criminal damage, according to a news release.

Shortly after 9 a.m. Wednesday, Cottonwood police officers responded to an area along Verde Heights Drive for a report of a man attempting to enter a home that was supposed to be vacant, police said.

As officers were en route, multiple callers phoned police to report that the man was going throughout the neighborhood trying to enter several other homes.

When officers located Mata in a roadway, where he was allegedly yelling at passing motorist and making obscene gestures.

According to the release, Mata then became aggressive and began yelling and running toward officers. He then attempted to shut a door on an officer who was emerging from his vehicle.

Mata continued resisting arrest, the report said. He was eventually taken to jail.

One of the officers sustained a minor hand injury and later received medical treatment, the release states.

Mata also had an outstanding misdemeanor warrant. He remained at the Detention Center on June 4 on paper bonds of $7,500 and $250.