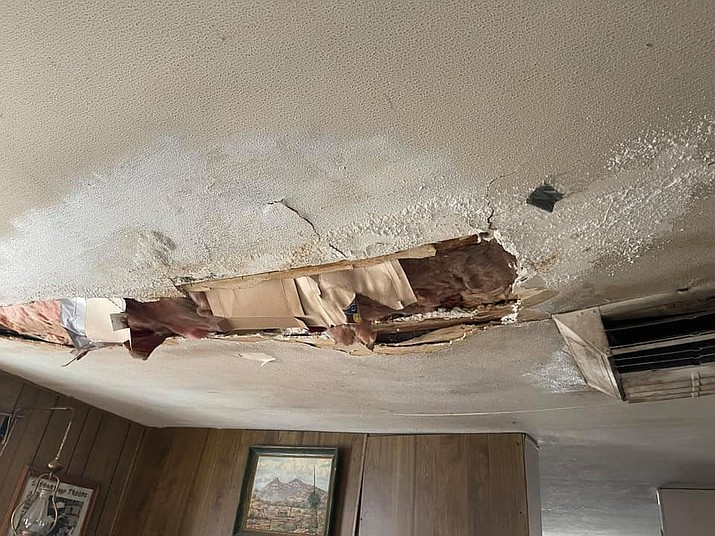 VERDE VALLEY — The Rotary Club of the Verde Valley has shown continuous support of Verde Valley Habitat for Humanity. Specifically, their contributions have gone towards making homes healthy and safe, for our senior citizens and veterans, through the Critical Home Repair Program.

The pandemic crisis brought into stark reality the crucial need for a safe and stable home. Verde Valley Habitat for Humanity serves the entire Verde Valley, population of about 70,000.

The Critical Home Repair Program serves a vast population of low-income seniors, veterans, and under-served families with children. Low-income homeowners may not always have disposable income to maintain and keep their home safe.

Some are in imminent danger of losing their health and homes, and in some cases, could become homeless.

Verde Valley Habitat is one of two organizations in the Verde Valley that consistently and reliably provides repairs at little or no cost to the qualified homeowners. Its mission is to keep our community housed in safe, stable, and affordable homes.

Colin Lyson, a Vietnam veteran who resides in Cornville, is one of the most recent recipients of critical home repairs.

Lyson’s manufactured home had several critical issues. The roof had been leaking for some time and major damage had occurred. The roof continued to leak until it rotted the floor beneath it as well.

Partnering with Vets4Hire, Habitat was able to repair the extensive damage.

Lyson was overwhelmed — to say the least. The more the roof deteriorated, the colder his home became, the more the despair and loss of hope that circumstances would ever change became.

Lyson looks tough and enduring. For a cowboy who has been through the Vietnam War, this was not his first hardship rodeo.

The gratitude that Lyson has for his new roof literally gushes out of him when he begins to speak of his experience.

Hope infuses the room and anyone around him cannot help but be touched by it.

Warmth has been returned to his home and his hope in humanity restored.