Sedona International Film Festival is back 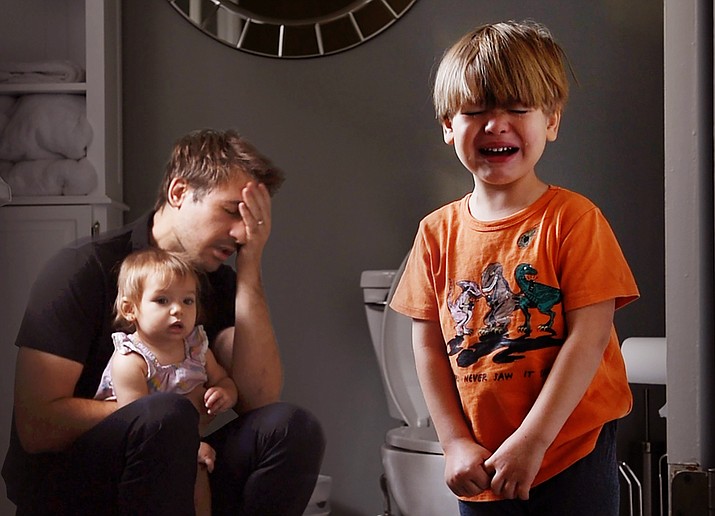 "The Pee Pee Monster," is a six-minute narrative short about a father, late for work, who must get his car-peeing toddler to tinkle in a toilet before dropping him off at school. It's one of the many unique pieces to be shown during the 27th annual Sedona International Film Festival, which runs June 12-20.

Loretta Devine has one of those faces you know you’ve seen before but can’t put a name to it.

That’s the way she likes it.

“I’ve been able to work so long and have been able to do so much. I think of myself as a working actress and that’s what I am as opposed to being a superstar,” she said. “Often, superstars have flashes and only get to do one or two things they’re known for their entire lives. I’ve been able to dramas, Broadway, comedies, television and even voiceovers.

“Nobody can figure out who I am right now. That’s why I stay off the Internet,” she added with a huge laugh.

In an acting career spanning more than three decades, you’ve no doubt experienced her incredible acting range. Her most high-profile roles include Lorrell Robinson in the original Broadway production of Dreamgirls, the long-suffering Gloria Matthews in the film Waiting to Exhale and her recurring role as Adele Webber in the medical drama Grey’s Anatomy for which she won an Emmy Award for Outstanding Guest Actress in a Drama Series.

Her role opposite Whitney Houston, Gregory Hines and Angela Bassett in Waiting to Exhale resulted in an NAACP Image Award for Outstanding Supporting Actress in a Motion Picture.

She’ll be at the Sedona International Film Festival for the screening of Queen Bees, a romantic comedy set behind the doors of the Pine Grove Senior Community whose residents include lusty widows and cutthroat bridge tournaments (a game she and co-stars Ellen Burstyn, Ann-Margret and Jane Curtain had to learn to play). James Caan and Christopher Lloyd also star in the film that will be shown at 4 p.m., Saturday, June 19 at the Sedona Performing Arts Center.

It’s one of nearly 180 films featured at the 27th annual Sedona International Film Festival from June 12-20.

For Devine, who also has worked with the likes of Eddie Murphy, Michelle Pfeiffer, Sean Penn, Tyler Perry, Chris Rock and Hilary Swank, Queen Bees is another opportunity to do the work she loves to do.

“It’s just amazing that I’ve been able to affect so many generations of people who’ve grown up on the stuff I’ve done,” she said. “And, there’s been decades of it!”

She just finished a movie with Diane Keaton and will be working with Melissa McCarthy in the near future. “I should have crossed over into the movies I’ve been doing when I was young and gorgeous!”

Queen Bees, one of 45 narrative features, will share screen time with 38 documentary features, 43 documentary shorts, 46 narrative shorts and 6 animated shorts. Six packages of short films will be featured throughout the Festival.

Among the special events:

• International artist and vocalist Terry Barber will bring his Mercury- Freddie Mercury and Queen tribute to SPAC. This is a separate ticketed event.

• A performance by American classical violinist Elizabeth Pitcairn performed on the historic 1720 Stradivarius violin nicknamed the “Red Mendelssohn” and the inspiration for the Academy Award-winning film, The Red Violin.

• Iconic, award-winning costume designer Bob Mackie will receive the Lifetime Achievement Award. A display of his costumes will be on exhibit in the SPAC lobby.

• Legendary folk singer Peter Yarrow of Peter, Paul and Mary fame will receive the Humanitarian Award for his longtime activism. Yarrow produced the Parkland-shooting-inspired short film The Children Will Lead the Way, which will screen Sunday, June 13 at 1 p.m.

• Highly acclaimed actor Tom Skerritt will receive a Lifetime Achievement Award following the screening of his film, East of the Mountains.

• Actress Mariel Hemingway and author and presidential candidate Marianne Williamson will be on hand for a question and answer session following the screening of Grace and Grit.

As part of the Festival’s effort to ensure the health and safety of patrons, staff and volunteers by eliminating waiting lines at theaters, pass holders and individual ticket buyers will be able to choose their seats. Staggered start times will allow filmgoers to move directly to their seats when the doors open.