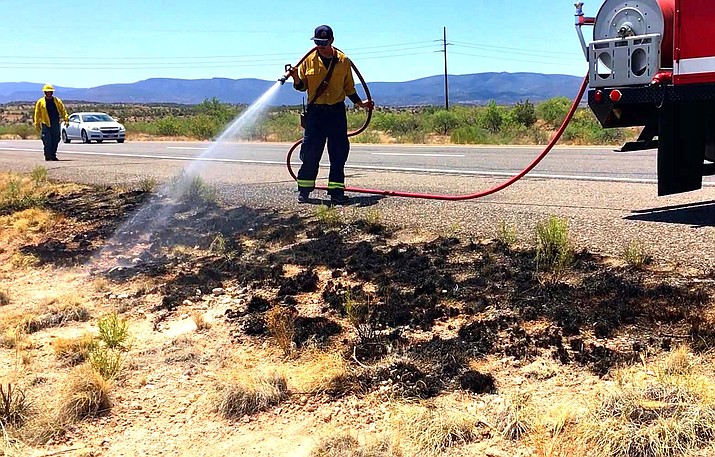 VERDE VILLAGE - The quick reaction by a passing tow-truck driver stopped a small brush fire which was started when a pickup truck lost a wheel on State Route 260 near East Prairie Lane late Saturday morning, according to the Verde Valley Fire District.

VVFD firefighters mopped up the small fire after a couple from Maine lost the tire traveling in the west-bound lane.

The fire may have started by some of the sparks caused by the axle dragging on the ground, a spokesman said.

Fire departments have issued extreme fire danger warnings and believe that conditions are only going to get worse as the drought continues.

The tow truck driver used a fire extinguisher to put out the fire while it was still small in size, the fire department explained. No one was injured.