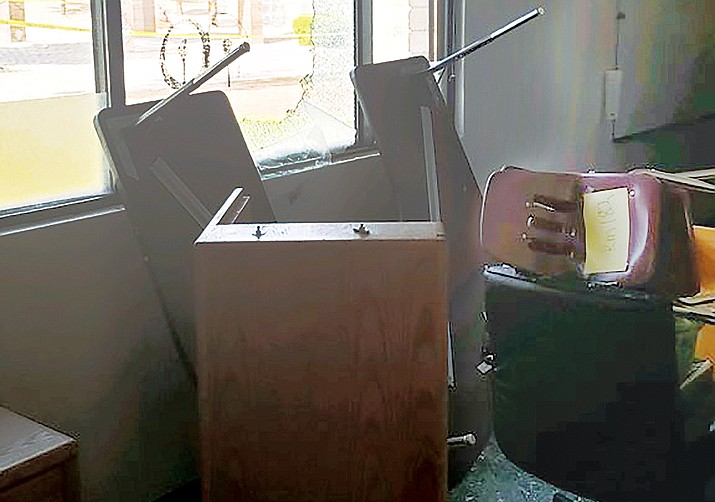 There was more than $3,500 worth of damage done to the school as a result of the broken windows and extensive graffiti. Courtesy photo

June 8, YCSO officers were able to locate evidence and identify three suspects in the case.

There was more than $3,500 worth of damage done to the school as a result of the broken windows and extensive graffiti.

All three teens are from Cottonwood. One had multiple warrants involving separate incidents.

Deputies initially discovered that three windows on the school buildings had been broken with rocks. There was also extensive damage caused by graffiti on several of the school walls and sidewalks.

Security cameras captured video of three individuals on the school grounds at the time the disturbance was reported, giving investigators a few physical details about their suspects.

Daniel Bright Principal Jessica Vocca told the Verde Independent nothing was reported missing from campus after the break-ins.

“The Sheriff’s Office did a phenomenal job not only responding promptly to the incident, but doing a very thorough investigation of the destruction,” Vocca said. “The full investigative squad scoured the area and were on point the entire time. I feel very fortunate to have such a supportive organization and am very confident they will do everything possible to solve this crime. We are definitely in good hands.”