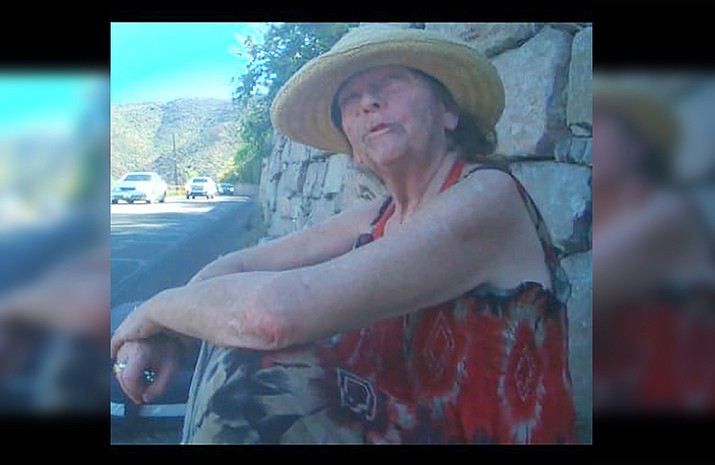 Denise Guth, 64, is a Jerome resident who was last seen Sunday.

Jerome Police Chief Allen Muma said his department and EMS made contact with a local resident Sunday, and decided to check on her the following day. She was discovered to have disappeared, with some strange circumstances, but no leads on where she might be.

Denise Guth, 64, is a Jerome resident who was last seen Sunday.

Wednesday afternoon, a Guardian Air Ambulance helicopter searched some parts of the Jerome area, but found nothing.

Muma said police contacted Guth on Sunday, June 13, because she had laid down between a retaining wall and a roadway, a considerable distance from her home. Also, authorities had located her dog, which had been loose.

Muma said a resident reported Guth had turned on their water and was watering their plants, without checking with the resident first.

“She refused a ride home, even in as hot as it was Sunday,” Muma said. “So we decided to check on her Monday.

That’s when police found Guth was not at home, but the front door was unlocked, recently bought groceries were not put away. More suspiciously, her truck was out of its driveway, and a set of keys was found on the bumper.

Her dog was located and was taken to the Jerome Humane Society.

“It appeared as if she were unloading groceries, then left abruptly,” Muma said.

Muma said no one has reported seeing her anywhere this week. The only paved road leading through Jerome is State Route 89A — rural and steep both down toward Clarkdale and up and over Mingus Mountain.

The chief said Guth has not had recent contact with any close friends, and does not have family in the immediate area. Muma believes Guth’s husband passed away about five years ago.

“Some of the acquaintances we talked to, hadn’t spoken with her in some time, or as much as a year,” he said. “They did report her behavior last weekend was odd, and out of character for her.”

Muma said regardless of how the search for Guth ends, one lesson is already clear.

“Check on your neighbors and acquaintances, and see how they’re doing,” he said.

If anyone knows the whereabouts of or sees Guth, or has any information about her disappearance, call the Jerome Police Department at 928-634-8992.