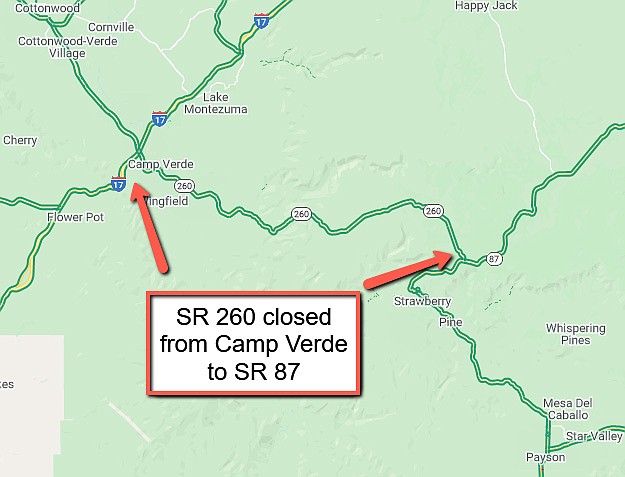 STRAWBERRY - State Route 260 is closed between Camp Verde and Route 87 due to the Backbone Fire, which was caused by lightning.

The Backbone Fire was reported on Wednesday at approximately 11:30 p.m. in an area 12 miles west of Strawberry on top of a landscape feature named Ike’s Backbone. The wildfire is now 17,126 acres, according to InciWeb.

Evacuation orders are in place for nearby communities.

It is burning in rough country just above where Fossil Creek and the Verde River converge.

Resources on scene include a 95 total personnel which includes a Hotshot crew, a hand crew, three helicopters, a fuels crew and miscellaneous overhead.