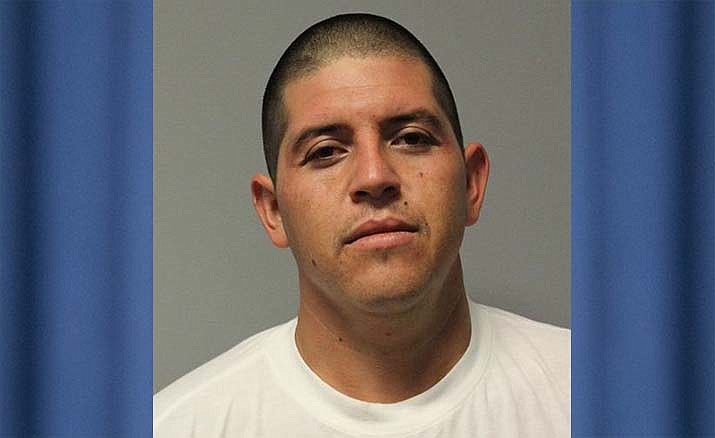 COTTONWOOD — A Cottonwood man was arrested Monday evening on domestic violence, gun and drug charges after police say he struck a woman and threatened to kill her and their children.

According to the Cottonwood Police Department, Silvestre Castro Garcia, 32, was booked into the Yavapai County Detention Center. He was charged with aggravated assault, possession of dangerous drugs, possession of drug paraphernalia and weapons misconduct — all felonies.

Castro Garcia was also charged with several misdemeanors, including disorderly conduct and preventing the use of 911.

Monday, about 8:20 p.m., Cottonwood police officers responded to a call from a residence in the 100 block of South 14th street for a domestic violence incident.

The incident was reported by one of the children in the home, police said. The child reportedly that said their mother was being physically abused by their father.

Officers spoke with the mother, who said everything was OK. However, police said, her demeanor suggested otherwise to officers.

During officers’ conversation with the mother, she was also able to make a hand gesture of a gun, also indicating the contrary. The mother and children were able to leave the home while Castro Garcia was located in another room.

Once outside of the residence, police said, the mother told officers she was struck by Castro Garcia and that he had a gun.

She also told police he made comments that he had enough bullets for each of them — referring to the mother and the children.

Castro-Garcia appeared from inside the residence and began barricading portions of the residence with household objects and refused to exit and speak with police.

Assistance from the Verde Valley Regional SWAT team was requested, along with Crisis Negotiation Team members. After a considerable amount of time negotiating with Castro Garcia, police said he finally exited the residence and was taken in to custody without further incident.

A search turned up a .357 caliber handgun, one round of ammunition, suspected methamphetamine and related drug paraphernalia.