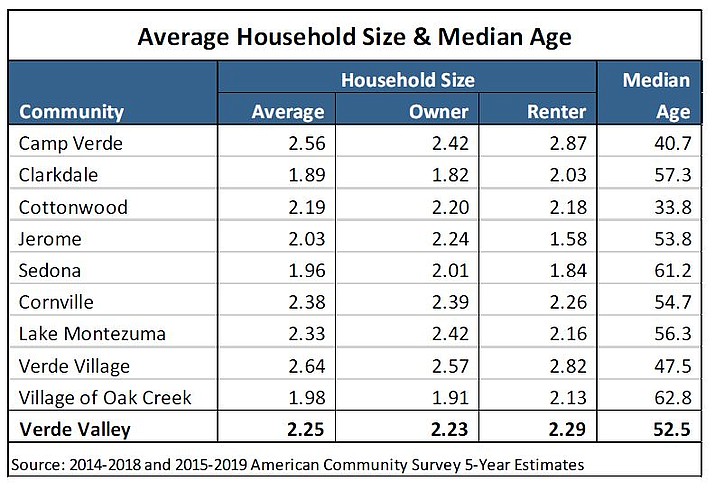 A recently completed housing study of the Verde Valley pointed out some not-so-surprising facts about the Village of Oak Creek.

VILLAGE OF OAK CREEK — A recently completed housing study of the Verde Valley pointed out some not-so-surprising facts about the Village of Oak Creek.

While Cottonwood has the lion’s share of the apartments for rent in the Verde Valley, Chicoine drove the point home that not enough rental housing is available Valley-wide.

Chicoine said VVREO is in possession of two parts of the study — a case analysis and a survey of existing conditions. VVREO and Cottonwood will post the study on their websites once Pollack and Co. releases the five-year plan component, which is expected to be done some time in early July.

Chicoine’s main points highlighted the lack of available rental housing and overall lack of diversity in Verde Valley Housing. One somewhat surprising statistic is that 74% of working Cottonwood residents work outside the city limits.

The Village of Oak Creek, with an average age of 62.8 years, is the oldest community in the Valley. Sedona is second at 61.2; Cottonwood is the youngest at 33.8.

Chicoine said age groups that include teenagers, all the way through early retirees, are not growing in the Verde Valley. More technology career options and continued evolution of the wine, beer and restaurant industries will help stem this trend, but those workers will also need the kind of housing that supports raising families.

The study cost $100,000, with Yavapai County, Cottonwood, Clarkdale and various stakeholders all contributing. Sedona spent about $100,000 with Pollack and Co. for its own housing study.

SB 1350, signed into law in 2016 by Gov. Doug Ducey, prevents local governments from enacting or enforcing any short-term rental regulations. Discussions were held in the state legislature this year regarding a bill that would have given some control back to cities and counties, but that bill never made it to Ducey’s desk.

Chicoine emphasized the need for all municipalities in the area to work to create more affordable housing within their boundaries.

Not only have actual rents and mortgage payments skyrocketed in the Verde Valley in recent years, but even Housing and Urban Development market rents have tracked higher.

According to HUD, the study states, fair market rents in Verde Valley have increased dramatically since 2015.

The increase in rents ranges from 20% in the Village of Oak Creek to 54% in Cornville. Also, the annual rate of increase for most communities is two to three times the rate of inflation over the past five years.

The Village and the City of Sedona have, by far, the most individual resources. The median and average household incomes in both locations far exceed those of other Verde communities.