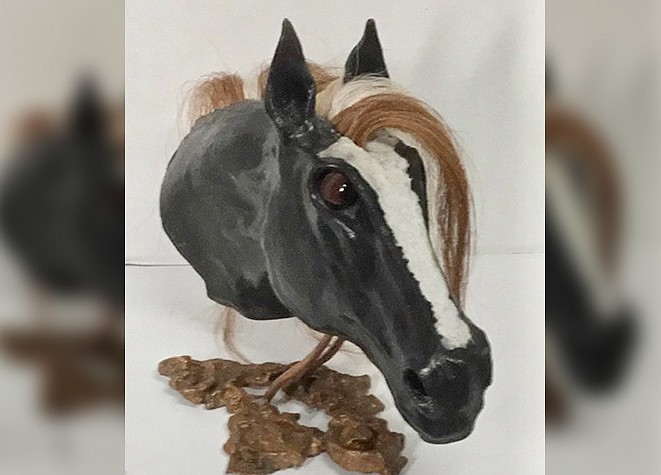 The Village Gallery of Local Artists will feature the unique work of local sculptor Karl Williams during the month of July.

The Village Gallery of Local Artists will feature the unique work of local sculptor Karl Williams during the month of July.

Though a recent addition to the Gallery, Williams’ creations are widely known and collected. His work features (use of) a combination of the natural elements of wood, glass, stone, steel, copper, cane and clay to fully express the passion and inspiration he gets from nature.

Stop by on First Friday, July 2, to join the celebration of Williams’ work as well as the Fourth of July.

A native of Tulsa, Oklahoma, Williams, his mother and siblings moved to the West Coast while Williams was still a youngster who found himself the man of the family at an early age.

Even in grade school Williams excelled in various works of art but had to find himself small jobs to help his family financially. In his first year of high school, Williams was encouraged by his art teacher to use clay. He soon found that people wanted to pay for his works of art and, whenever he could find the time, he spent it creating.

As a young man, Williams found himself believing he had to work at conventional jobs in order to provide for his family. Eventually and inevitably, his energy and desires returned him to the art world.

Finally, Williams made the commitment to focus entirely on the art world and pursue his natural creativity. Coming full circle he is finding himself once again enjoying the beauty of clay.

Williams has sold throughout the United States, with pieces in several states from New York to California, and Canada as well as overseas in the United Kingdom.

As an artist, Williams believes art is a great gift and he uses it to translate his visions and feelings into creations he can share with others. He is frequently commissioned to create unique artwork for individual customers. Williams gives back to the community through donations and fund-raising projects for the Cancer Society, Humane Society, Yavapai Community College, Catholic Charities, Hearts for the Hungry and Homeless and other non-profit organizations.

Artwork by Williams of Karl’s Creations is now known throughout Arizona, as unique one-of-a-kind pieces. It has become “chic” to have a piece of art created by Williams whether it is in steel, copper, stone, clay or a combination of all. In addition to being shown at the Village Gallery of Local Artists, you will also find unique pieces reflecting his skill and talent at Williams’ studio gallery located in Cornville, Arizona.

The Village Gallery of Local Artists is open seven days a week, 10 a.m. to 6 p.m. You can contact the gallery at sedonalocalartists.com or by phone at 928-284-1416. The Gallery is located at 6512 State Route 179 in the Village of Oak Creek at the Cortez roundabout.