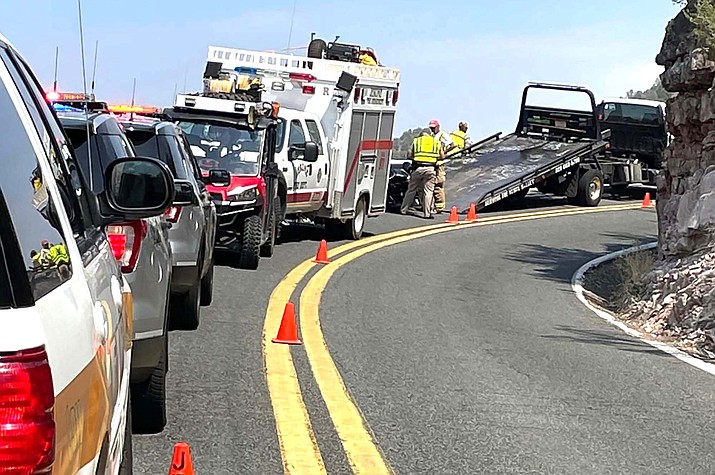 The road was closed for over an hour following the 12:30 p.m. crash.

Upon arriving, rescuers found that the operator was in full cardiac arrest, explained the Jerome Fire Department in their statement on Facebook.

Crews did everything they could, however, the operator was pronounced deceased at Verde Valley Medical Center, Jerome Fire reported.

The operator was not wearing a helmet, pointed out the department.

A VVMC Doctor and a visiting paramedic stopped at the scene and were performing CPR when Jerome Fire arrived, the department’s release said.