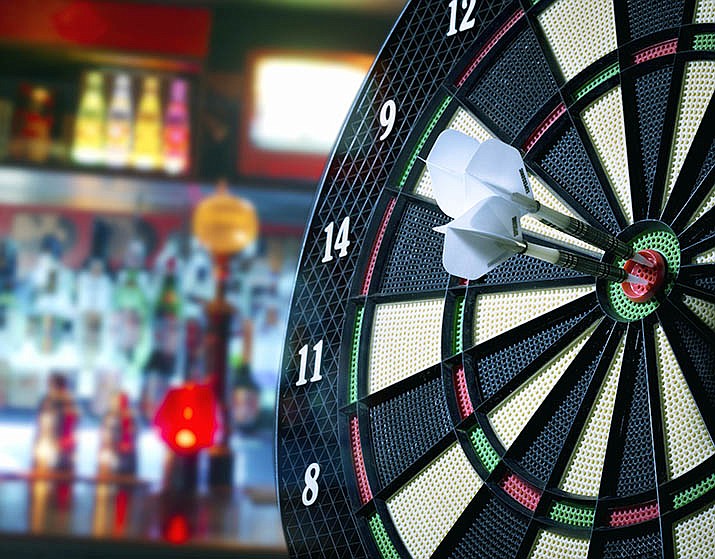 In an executive order Friday, Gov. Doug Ducey lifted restrictions he had placed on how many customers can be in restaurants, theaters, water parks and gyms. Until now they had to limit occupancy to no more than 50%; for gyms and fitness centers it was 25%.

Only thing is, Dr. Cara Christ, the state health director, said that all these facilities will still be required to keep individuals or groups at least six feet from each other. And she acknowledged that, in many cases, this will continue to prevent establishments from returning to the number of customers they had before the restrictions were imposed last year.

Still, she denied that the order is just window dressing.

Only those bars that effectively have converted to restaurants -- meaning sit-down service -- are freed from the occupancy limits to the extent they can allow more customers. But traditional bars where people can mingle and dance remain entirely shuttered, Christ said, at least until the rate of spread of the virus is reduced further.

Ducey's order also allows spring training and other major league sports to once again accept spectators at their games.

But, here too, the stands won't be filled. In each of those cases, the teams will need to have a plan approved by her department.

For example, she said, the Arizona Diamondbacks have agreed to set up "seating pods'' for groups of fans, with six feet in between those pods. And that, Christ said, likely will keep capacity to only about 25% of the number of seats available.

At whatever capacity businesses manage to operate, Ducey's order keeps in place requirements for both staff and customers to wear masks. The only exception, Christ said, is when people are eating and drinking.

Christ said she agrees with Ducey's decision to relax the occupancy standards. And the health director said she does not see the announcement as sending the wrong message to Arizonans that there is no longer anything to worry about.

The order comes less than two months after Arizona set a record of more than 170 deaths per day. While the trend has generally been downward since then, the state added another 84 on Friday, raising the total to 16,269.

Christ, however, said a closer examination of the post-Christmas spike suggests that the restrictions which were lifted on Friday are not necessary.

"It wasn't necessarily the establishments or the occupancy limits that had an impact,'' she said. "It was those people gathering in those small, private settings where people were letting the masking and the physical distancing down.''

Then there's the fact that fewer than 5% of the tests for the virus are coming back positive.

Christ also said that about 1.3 million Arizonans already have received at least one dose of the vaccine, with more than 711,000 now having full protection.

That, however, leaves the fact that about 5 million Arizonans have no immunity, other than those who may have recovered from the virus. That, said Christ, is why the new executive order does not relax the other requirements like wearing a mask and distancing.

"All of the other mitigation strategies remain in place which are proven to slow the transmission,'' she said. Christ said the state is taking "appropriate steps forward.''

"Now, this is not a return to normal,'' she stressed. "It's just going to take the capacity limits off those establishments.''

But the ongoing requirement for affected establishments to keep masks in place comes as the state House, on a party-line vote earlier this week, approved a measure to allow the owner of each and every business to decide whether employees and customers have to comply. That measure, HB 2770, now awaits Senate action.

Approval of that -- assuming Ducey were to agree -- would undermine the strategy announced Friday of no occupancy limits as long as people wear the masks.

"We hope that everyone takes our guidance and wears a mask whenever they are around people they don't live with,'' Christ responded when asked about the measure. "But I can't comment right now on pending legislation.''

Friday's announcement caught the executives of the state's major hospitals, who have been caring for COVID patients, by surprise. And they're not in agreement.

"The COVID-19 mitigation strategies throughout the state and reasonable and evidence-based,'' said Lorna Romero. She is the spokeswoman for the Health System Alliance of Arizona that includes Banner Health, Dignity Health, HonorHealth, Northern Arizona Healthcare and Tenet Healthcare which together operate more than 80 hospitals and medical facilities across the state.

"Now is not the time to relax our mitigation efforts,'' she said in a prepared statement. "We must stay the course to ensure that our vaccination efforts can outpace the spread of the virus.''

Ducey's order does make one thing clear: Local officials are still precluded from enacting their own "extreme'' restrictions, which according to a spokesman for the governor would include curfews and mask mandates beyond what are required for businesses.

Christ said there are other indicators of the improving situation.

She said that more than half of Arizonans 65 and older have received at least one dose of the vaccine, with more than 19 percent being fully vaccinated. Christ said that is significant, saying that those in the 65 to 74-year-old age group are 35 times more likely than young people -- defined as age 5 to 17 -- to require hospitalization and 1,100 times more likely to die.

And the multipliers are even higher for those older.

She also said the state's supply of vaccines is increasing.

Christ said Arizona anticipated getting close to 324,000 doses this coming week. That is being helped along by the state being in line for 57,000 doses of the new Janssen vaccine manufactured by Johnson & Johnson.

The health department earlier this week opened the door for counties that have supplies to start vaccinating anyone 55 and older given their higher-than-average risk of contracting the virus.

Christ figures that, with additional vaccines coming to the state, she expects to finish immunizing within three to four weeks all those who want who are in priority groups, whether by occupation or age.

Then, in April, she said those 45 and older who aren't already vaccinated should become eligible, moving to the 35-plus category at the beginning of May and, finally, anyone at least 16 -- the minimum age allowed under current standards -- should be able to get immunized in May.

In the meantime, she said, it is up to counties to decide which front-line essential workers get to be vaccinated, regardless of age, as long as they have sufficient vaccine.

For example, Christ said, Maricopa County might choose to target grocery store workers while Yuma County may conclude that agricultural workers should get priority.