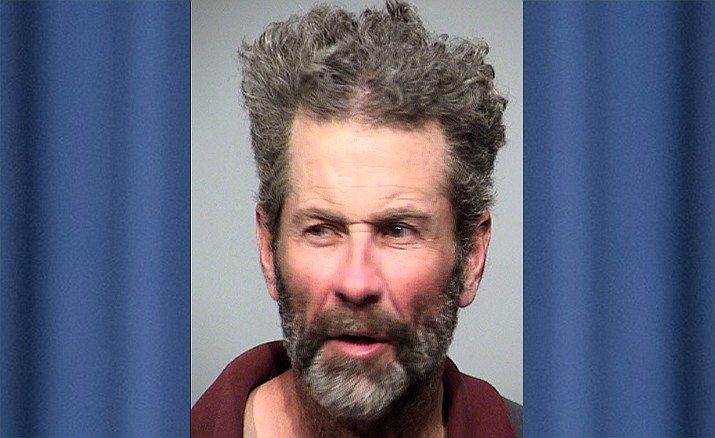 COTTONWOOD — A Glendale man was jailed this week after an assault on a utility worker, according to a news release.

Rian Lloyd Wilson, 44, was still in the Yavapai County Detention Center Friday morning. He is charged with multiple counts of aggravated assault and criminal damage, the Cottonwood Police Department said.

Wednesday morning, officers responded to the area of Cactus Street and North Main Street for a report of an assault in progress. The report mentioned that a man was actively striking another man in the head with a rock.

The suspect, which Cottonwood police later determined to be Wilson, was immediately arrested when officers arrived.

That’s when Wilson, who was unprovoked by the victim, walked up to the victim’s driver door and began banging on the closed window, police said. When the victim attempted to open the door, the release states, Wilson broke the driver door window and immediately began assaulting the utility worker with a rock to his head.

The assault continued until the victim was able to gain some control of the suspect and yelled for help. Police said several concerned bystanders then came to help. One person restrained Wilson while waiting for law enforcement.

The victim sustained serious head injuries. He was transported by ambulance to Verde Valley Medical Center in Cottonwood for treatment of his injuries.

The victim had a concussion and a fractured nose.  He has been released from VVMC.

Police said they don’t know what motivated Wilson to assault the worker. It’s not believed the victim and suspect knew each other prior to the incident.