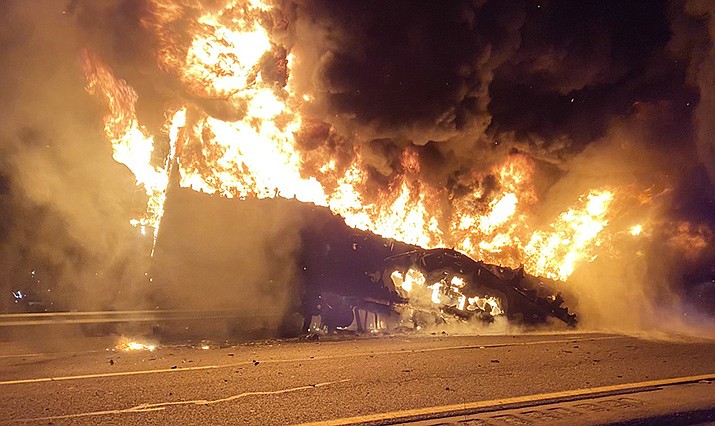 CAMP VERDE — Southbound I-17 was closed for about nine hours Friday morning after a truck apparently caught fire between Middle Verde Road and the State Route 260 exits, according to reports.

Traffic was diverted off of the interstate at Middle Verde Road and sent through Camp Verde in order to get back to the interstate.

At about 1:40 a.m., according to a news release, Copper Canyon Fire & Medical responded to a report of semi-truck trailer on fire on I-17, southbound, at milepost 288.

The driver of the semi was able to detach the truck from the trailer and move a safe distance from the fire.

The fire resulted in I-17 SB being closed for about nine hours, according to Arizona Department of Transportation reports.

ADOT announced at about 11 a.m. that all lanes were open.

No injuries were reported. Copper Canyon was assisted by the Verde Valley Fire District, Department of Public Safety the Camp Verde Marshal’s Office and ADOT, a report states.

No apparent cause of the fire is mentioned in reports.