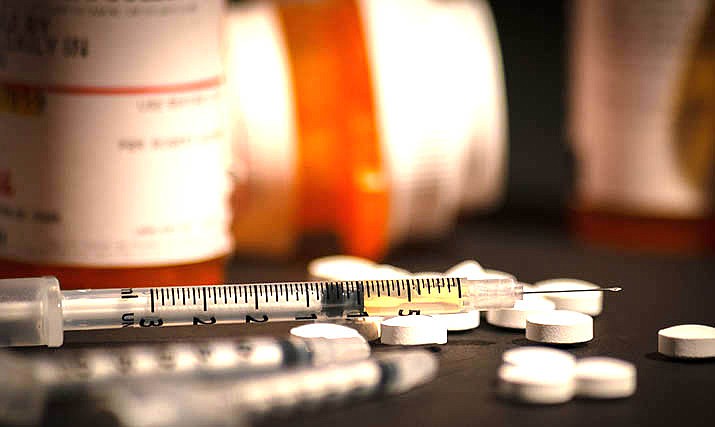 Cottonwood police responded to three separate overdose incidents, involving men, over a five-hour span Tuesday. All three were revived with the use of Naloxone. Adobe stock photo

Cottonwood police responded to three separate drug overdose incidents within the city, over a five-hour span. All three involved men who were revived with the use of Naloxone, as fentanyl was the suspected drug in each case.

The first overdose occurred in the 800 block of East Cherry Street and involved a 33-year-old man. Later, first responders attended to a 19-year-old man in the 1000 block of South Viejo Drive.

Lastly, a 37-year-old man was brought into Verde Valley Medical Center emergency department under suspicion of a drug overdose. Naloxone was administered to that man as well.

As of late Tuesday afternoon, there was nothing to suggest any of the men knew each other or the incidents are related, police said.

Information regarding these overdoses was forwarded to the Partners Against Narcotics Trafficking Task Force for further follow-up.

If you have information regarding suspected illegal drug activity, you are urged to contact the Partners Against Narcotics Trafficking Task Force at 928-778-0558 or Silent Witness at 800-932-3232.

The news release reminds the public that fentanyl is a dangerous synthetic opioid. Fentanyl can come in various shapes, and colors to include those disguised in pill, powder form, and is undetectable to the naked eye.

As always, there is a significant risk of bodily harm, and death when drugs are consumed or other substances that are taken outside of a doctor’s recommendation, and guidance.