New music includes releases from a pair of household names 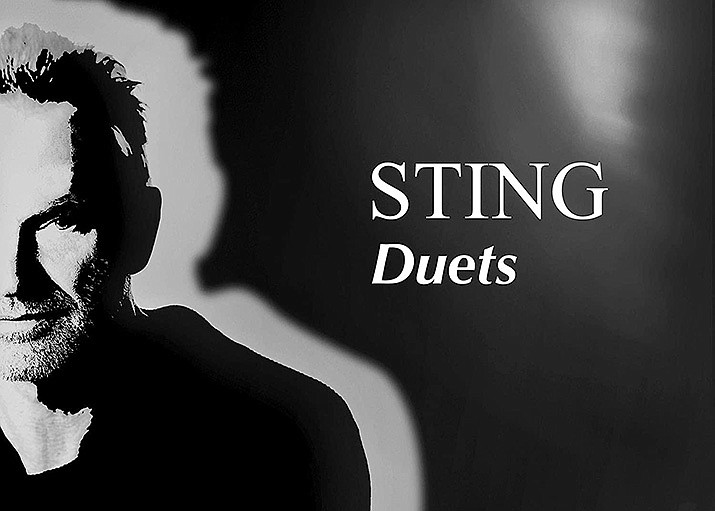 Here is some of the newest popular music being released this month.

From the melismatic longing of “Desert Rose” (Cheb Mami) and sultry groove of “It’s Probably Me” (Eric Clapton) to the uplifting 44/876 (Shaggy), his collaborations have become cornerstones in the canon his music.

Known as Sting, Gordon Sumner was the principal songwriter, lead singer, and bassist for new wave rock band the Police from 1977 to 1984, and launched a solo career in 1985.

Sting has included elements of rock, jazz, reggae, classical, new-age and worldbeat in his music.

Tracks include: Little Something, It’s Probably Me, Stolen Car, Desert Rose, Rise & Fall, Whenever I Say Your Name, Don’t Make Me Wait, Reste, We’ll Be Together, L’amour C’est Comme Un Jour, My Funny Valentine, Fragile, Mama, September, Practical Arrangement, None Of Us Are Free, In The Wee Small Hours Of The Morning.

The album premieres 13 new Loretta Lynn recordings, intimate and electrifying performances of a career-spanning selection of songs illuminating different aspects of her repertoire.

The collection is centered around Loretta’s original compositions -- from new songs like “Still Woman Enough” (which shares its title and attitude with her 2002 autobiography and was co-written with her daughter, Patsy Lynn Russell) through fresh interpretations of classics including “I’m a Honky Tonk Girl” (her first single, originally released March 1960), “You Ain’t Woman Enough “ (the title track for her first #1 Billboard Hot Country Album in 1966), “My Love” (from 1968’s Here’s Loretta Lynn), “I Wanna Be Free” (1971) and a deeply emotional “Coal Miner’s Daughter Recitation.”

Tracks include: Still Woman Enough, Keep On The Sunny Side, I Don’t Feel At Home Anymore, Where No One Stands Alone, You Ain’t Woman Enough.

He likes to eat directly off the plant, he says. “I get down on my knees and graze. It’s nice to feel the vegetables in your face.”

The Calgary songwriter’s new album is a psychedelic bumper crop, a collection of tunes that does away with obsessiveness, the anxiety of perfectionism, in favor of freshness and immediacy — capturing the world as it was met while recording alone at home over a period of years.

Like Arthur Russell or Syd Barrett, it’s VanGaalen’s vocals that shine a path through the swampland.

Tracks include: Spider Milk, Flute Peace, Starlight, Where Is It All Going?, Earth From a Distance, Nightwaves, Plant Music, Nothing is Strange, Inner Fire, Golden Pear, Nightmare Scenario.