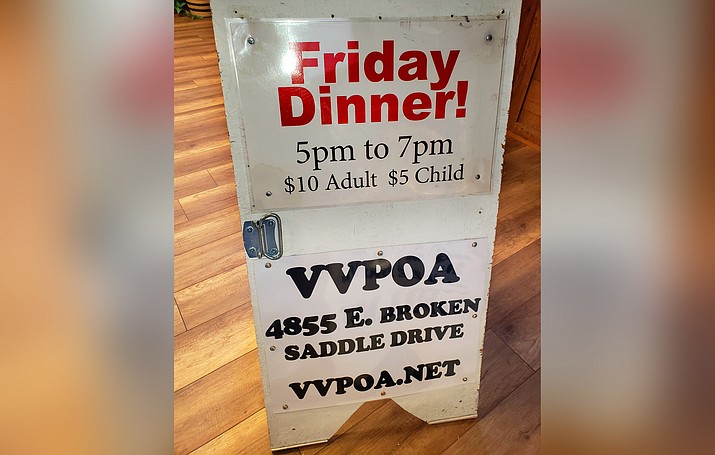 Six VVPOA signs similar to these, have been stolen from State Route 260. Photo courtesy Patti Greeneltch

VERDE VILLAGE - It’s not the kind of story that makes front-page news, but to the Verde Village Property Owners Association, the theft of their street signs is a very big deal.

“It’s so disheartening because we have been working so hard to make everything good,” she said. “Our membership is way up … People seem to be very happy with us.”

VVPOA signs have been put up on State Route 260 for the past 10 years to let people know about upcoming events, she explained.

Three of the sandwich board signs were stolen around Feb. 26 and three more were stolen on March 9 at the SR260 intersections of Del Rio Drive, Western Avenue and Rio Mesa.

Each wooden sign was custom-made by the VVPOA caretaker, she said.

At first, Greeneltch thought it might be someone who wanted the signs for their own businesses, but that changed after the second set of signs were stolen.

They were made of heavy wood and don’t look valuable. But it would take a lot of labor to rebuild them and the signage is expensive, she added.

The highway department said they were fine where they were placed along the road, Greeneltch said.

“Someone might be mad,” Greeneltch said as she offered as a reason why someone may have taken the signs. The signs only go up for a few days for the events.

“It’s one disgruntled person or someone that really likes those signs,” Greeneltch said.

For now, they won’t replace the signs and they will use their newsletter and website, but the signs were for the general community and not just members of the VVPOA.

Verde Village, to the public: Stop leaving domesticated birds at pond
VVPOA tries to get ducks in a row
New Cottonwood trail gets back to nature
New home for Cottonwood Chamber of Commerce
Red-Light Crash in Verde Village
Event Calendar