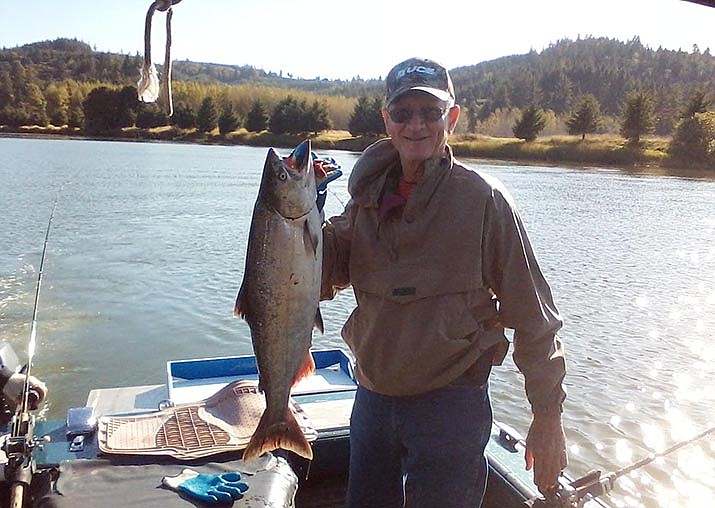 He was born in Macomb, Illinois on June 26, 1951 to William and Bonnie Reamer. He graduated from East High School in Phoenix, Arizona in 1969.

He is preceded in death by his father, William Reamer and is survived by his mother, Bonnie Reamer; his wife, Debbie Reamer; his daughter, Becky McCrary (Bill); his son, Jake Reamer (Leslie); his brother, Steve Reamer (Susan); his sister, Linda Andrew (Bruce); 14 grand children; 3 great-grand children and many nieces and nephews.

Mike had a very long and successful career of 33 years with the United States Forest Service. He began as a seasonal summer employee while attending Northern Arizona University. He worked his way from part-time summer help emptying trash cans and cleaning campgrounds to working on a tanker truck.


Mike had a passion for youth soccer and for many in the Verde Valley, that is how they knew him. He started as a coach with AYSO soccer when his kids were little and from there it just took off. He and Debbie were the town commissioners for Camp Verde for many years. Together with many other volunteers they founded and produced the Verde Valley's first major soccer tournament know as the Castle Classic.

Mike was a key part of bringing soccer to Camp Verde High School as the coach of the first boy’s team in early 1990’s. You could find him coaching the girls’ teams on and off at the high school and middle school for the next 15 years.

As if coaching wasn’t enough you could find him refereeing both for AIA and AYSO. To say he loved the game of soccer is an understatement. Soccer wasn’t Mike’s only passion, being in the outdoors camping, hunting and fishing was a close tie. It was always a hard decision for him when it was archery season of how to make it out to hunt for a few days and still coach or ref a game.

In the off-season, you could always count on many trips to Roosevelt Lake. Lake trips and camping with his family were his favorite.

Mike was always there to lend a hand were ever needed in Verde Valley youth activities, so you can’t leave out the Verde Valley Fair. For the many years that his children showed and participated in the fair on Saturday night of the auction you could find him with a pig board behind the scene pushing kids and animals thru the alley.


Mike's values and dedication of family, passion for life and outdoor adventure, and the love of the game of soccer will forever be felt by all that ever had the privilege of knowing him.

Per Mike’s request there will be no services, instead he said “have a beer for me”! In lieu of flowers or gifts the family asks that a donation be made to Camp Verde High Soccer girls soccer team in his honor.