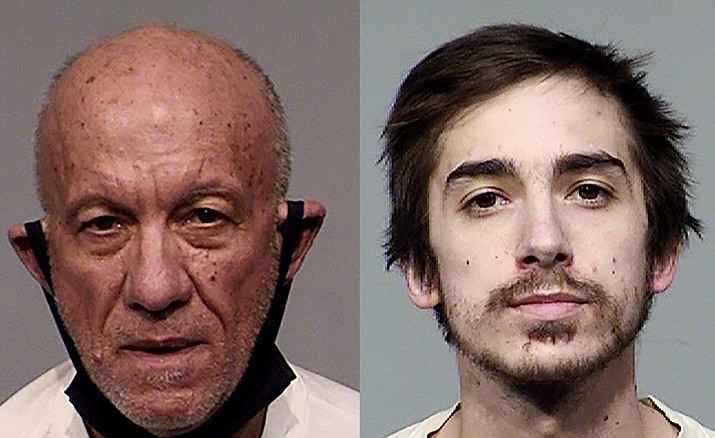 COTTONWOOD — On March 14, detectives received a call that led to two arrests and the seizure of a half-pound of methamphetamine.

Detectives from the Partners Against Narcotics Trafficking task force received a call from the Cottonwood Police Department about a man who was at Verde Valley Medical Center. Police were investigating a discovery of what was possibly meth, according to a news release.

Detectives interviewed Warren Domenick, 68, and his son, Christian Domenick, 24. Both admitted to detectives that they had made at least three trips to Phoenix in recent months to purchase meth, police said.

Warren Domenick admitted to not only buying meth, but also selling it and that the drugs were destined for their home state of Utah, the release states. Detectives used a drug detection K-9 on the suspects’ vehicle and the dog located the drugs.

A search warrant was issued on the vehicle. Detectives found a white crystalline rock of meth in the back seat.

A total of a half a pound of meth was seized from the suspects.