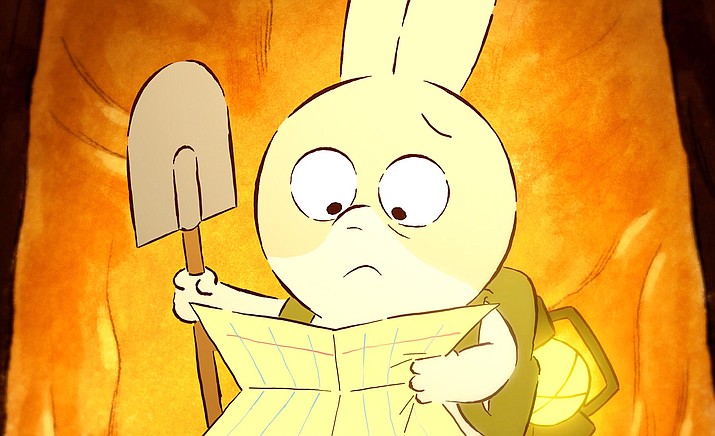 In 'Burrow,' a young rabbit embarks on a journey to dig the burrow of her dreams, despite not having a clue what she’s doing. Rather than reveal to her neighbors her imperfections, she digs herself deeper and deeper into trouble.

Now an annual film festival tradition, Sedona audiences will be able to see all of the short films nominated for Academy Awards before the Oscar telecast on April 25.

The Oscar-nominated Live Action Shorts Program will include:

Burrow (USA): A young rabbit embarks on a journey to dig the burrow of her dreams, despite not having a clue what she’s doing. Rather than reveal to her neighbors her imperfections, she digs herself deeper and deeper into trouble.

Feeling Through (USA): A late-night encounter on a New York City street leads to a profound connection between a teen-in-need and a Deaf/Blind man.

Opera (USA): “Opera” is a massive 8K size animation installation project which portrays our society and history, which is filled with beauty and absurdity.

If Anything Happens I Love You (USA): Grieving parents struggle with the loss of their daughter after a school shooting. An elegy on grief.

Genius Loci (France): One night, Reine, a young loner, sees among the urban chaos a moving oneness that seems alive, like some sort of guide.

Yes-People (Iceland): One morning an eclectic mix of people face the everyday battle, such as work, school and dish-washing. As the day progresses, their relationships are tested and ultimately their capacity to cope.

The Letter Room (USA): When a corrections officer is transferred to the letter room, he soon finds himself enmeshed in a prisoner’s deeply private life.

The Present (Palestine): On his wedding anniversary, Yusef and his young daughter set out in the West Bank to buy his wife a gift. Between soldiers, segregated roads and checkpoints, how easy would it be to go shopping?

White Eye (Israel): A man finds his stolen bicycle, which now belongs to a stranger. While attempting to retrieve it, he struggles to remain human.

The program will also include additional animated films from the Oscar shortlist as bonus material, including:

• The Snail and the Whale (UK/Germany)