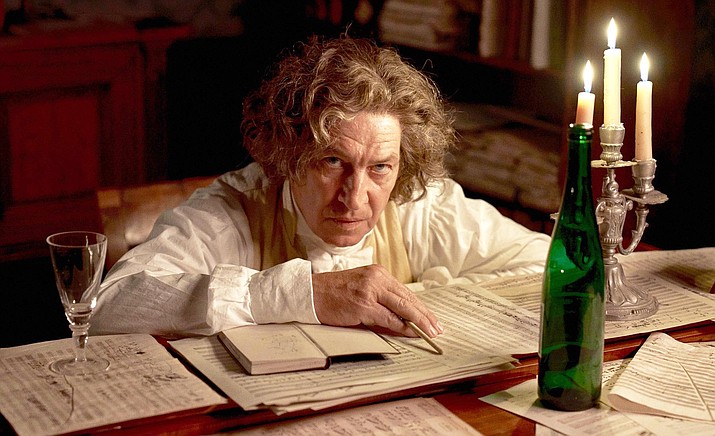 The Sedona International Film Festival will present the Northern Arizona premiere of the acclaimed drama “Louis van Beethoven” showing May 7-13 at the Mary D. Fisher Theatre.

The year is 1826. Ludwig van Beethoven (Tobias Moretti) faces the final stanza of his storied career.

Deaf and defiant, he recalls memories of his youth, when as an 8-year-old prodigy he comes under the tutelage of the Bonn court organist, Christian Gottlob Neefe.

Years later after an encounter with Mozart, the young “Louis” begins to study under Joseph Haydn in Vienna, but family tragedies and unfulfilled love leave a lasting mark that haunts him for the rest of his life.

Despite his great successes, most recently with the Ninth Symphony, Beethoven struggles with himself because his late work completely overwhelms his contemporaries.

A sweeping historical epic, “Louis van Beethoven” recontextualizes the great composer’s life, following his tumultuous relationship with his family, the political upheaval that helped inspire his music, and his influential encounters with Haydn and Mozart.