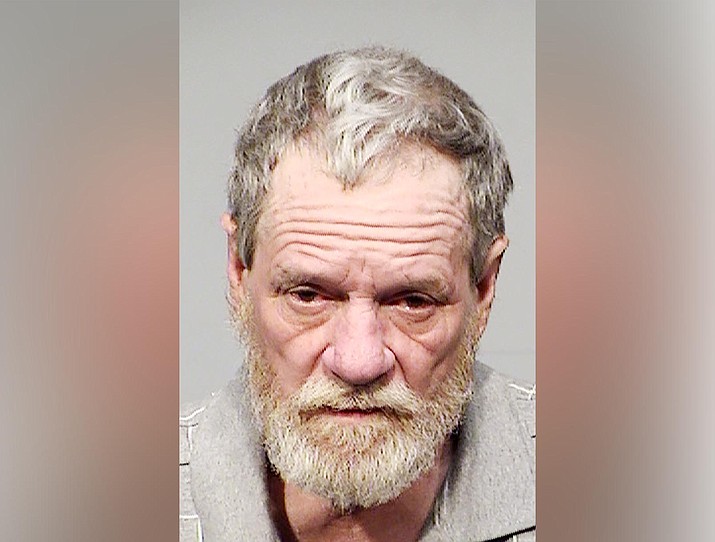 COTTONWOOD — A man was jailed this week after allegedly breaking into the Cottonwood Ace Hardware.

He remained in jail Thursday morning on a $5,000 paper bond.

Police were called to the Ace Hardware location on 12th Street in the late evening hours of Tuesday, May 4, for a report of a burglary in progress.

Management had been monitoring video security cameras due to an alarm at the store.

A suspect was seen on video walking through the store just prior to officer’s arrival, according to police.

Once officers arrived, they discovered open doors to the store. Officers set up outside perimeter while Cottonwood Police K9 “Otto” was deployed inside the store to search for the suspect.

Initially no one was located inside the store, police said.

However, officers continued the search and observed a flower stand that was damaged and appeared to have been used to pry open the door.

Multiple glass displays were found damaged inside the store. On one of the exterior walls to the building, officers located several items belonging to Ace Hardware, which had been removed from the inside the store, police said.

Employees on the scene compiled a list of the stolen and recovered items, showing a total value of about $2,500.

The cost of repairs for the damaged glass display cases was estimated at $1,500.

Officers met with management from Ace Hardware and began reviewing security footage of the suspect while he had been in the store.

The suspect could be seen walking throughout the store for approximately five minutes before officers arrived.

The suspect was also seen using bolt cutters from the store to break the glass displays, police said.

Once officers arrived, the video showed the man going to the back corner of the exterior garden section to avoid detection.

Officers arrested him without further incident.