This week's music includes new album by The Black Keys 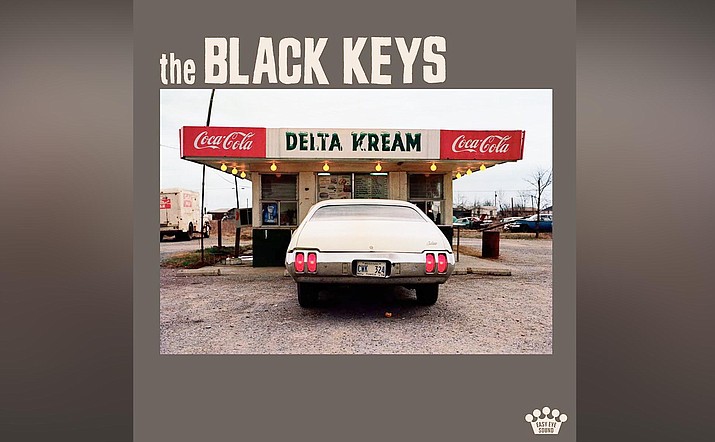 The record celebrates the band’s roots, featuring 11 Mississippi hill country blues standards that they have loved since they were teenagers.

The group consists of Dan Auerbach (guitar, vocals) and Patrick Carney (drums), a duo that began as an independent act, recording music in basements and self-producing their records, before they eventually emerged as one of the most popular garage rock artists during a second wave of the genre’s revival in the 2010s.

The album takes its name from William Eggleston’s iconic Mississippi photograph that is on its cover.

Detritus’, the third solo LP by violinist/composer Sarah Neufeld, confronts anguish with beauty, turmoil with grace, gliding through the present like a dancer mid-motion, reaching through space ‘til she’s caught.

Neufeld is a Canadian violinist who is known for her work with indie rock band Arcade Fire, with whom she is a former core member and currently a touring member.

Neufeld was a core member of Arcade Fire on its second and third studio albums, Neon Bible (2007) and The Suburbs (2010), and contributed as an additional musician on the albums Funeral (2004) and Reflektor (2013), and their subsequent tours.

Neufeld has worked with other artists and released a number of solo works.

Tracks include: Stories, Unreflected, With Love and Blindness, The Top, Tumble Down The Undecided, Shed Your Dear Heart, Detritus.

Myles Kennedy – The Ides Of March

Iconic frontman and instrumentalist Myles Kennedy proves that tumultuous downtime can spark creative genius with “The Ides Of March,” the full-length follow up to his 2018 solo debut, Year Of The Tiger.

“The Ides Of March” once again showcases the organic side of Kennedy’s musical spectrum and one-of-a-kind voice, but while bright inclusions of lap steel and mandolin have replaced some of the pummeling kick drum and downtuned electric riffage his other renowned projects are known for, each of its offerings maintain the same steadfast energy that never relents.

Fluxing between heritage rock outcries featuring Jimmy Page-worthy solos, and stripped-down, bluesy beckonings, the album manifests as an uplifting refresher arriving when society needs it most.

Lyrically, the album’s 11 unique offerings embrace all listeners, championing themes of unity and solidarity over separation and spite.

Tracks include: Get Along, A Thousand Words, In Stride, The Ides of March, Wake Me When It’s Over, Love Rain Down.