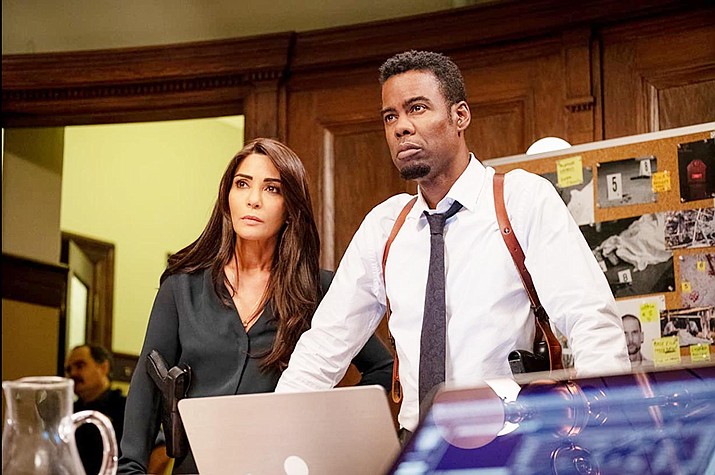 Working in the shadow of his father, an esteemed police veteran (Samuel L. Jackson), brash Detective Ezekiel “Zeke” Banks (Chris Rock) and his rookie partner (Max Minghella) take charge of a grisly investigation into murders that are eerily reminiscent of the city’s gruesome past.

Unwittingly entrapped in a deepening mystery, Zeke finds himself at the center of the killer’s morbid game.

Rated R for sequences of grisly bloody violence and torture, pervasive language, some sexual references and brief drug use.

The Man in the Hat

The Man in the Hat journeys through France in a Fiat 500 accompanied by a framed photograph of an unknown woman. He is pursued by five angry men in a Citroën Dyane.

Why are they chasing him? And how can he shake them off?

Those Who Wish Me Dead

A teenage murder witness finds himself pursued by twin assassins in the Montana wilderness with a survival expert tasked with protecting him -- and a forest fire threatening to consume them all.

Rated R for strong violence, and language throughout.

A British journalist goes undercover and infiltrates the digital propaganda channels of the so-called Islamic State, which has been mobilizing ever greater numbers of women from Europe.

Her daily Internet contacts with an ISIS recruiter gradually pull her in and push the limits of her investigation.

Rated R for language throughout and some disturbing images.

Markus, a deployed military man, has to go home to his teenage daughter, Mathilde, when his wife dies in a tragic train accident.

It seems to be plain bad luck - but it turns out that it might have been a carefully orchestrated assassination, which his wife ended up being a random casualty of.