Commentary: Verde Valley sure was different 12,100 births ago 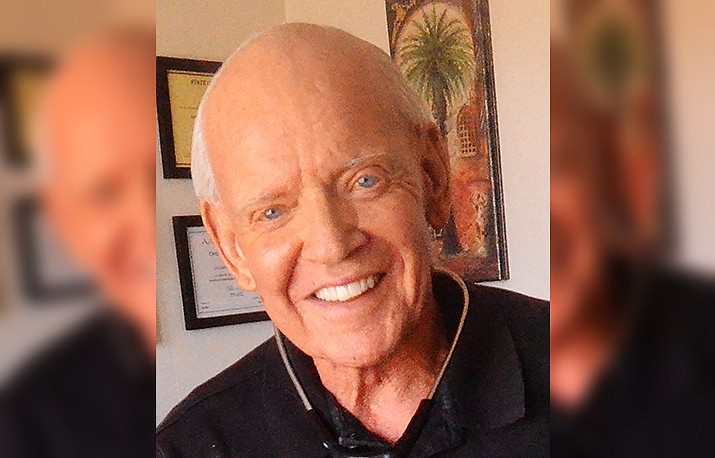 In March of this year, I turned 82. I was born in Fairview, New Jersey and attended grade school and high school in Hackensack, New Jersey.

I attended Fairleigh Dickinson University in Teaneck, N.J. and received a BS degree in biology and chemistry.

I went to medical school in Chicago at the Cardinal Stritch School of Medicine, Loyola University.

Bunny and I were high school sweethearts. After a 1.5-year engagement, we were married at the end of my sophomore year in medical school.

Our three daughters, Jennifer and twins Christine and Cathleen, were born in Chicago. Then, I went into the Public Health Service and was stationed in Whiteriver, Arizona, on the Fort Apache Indian Reservation.

At that time there was no hospital in Show Low.

Our son, Robbie, was born in McNary, Ariz,. just south of Show Low, in a lumber mill hospital that had eight beds, one bathroom and an operating and delivery room.

There were actual wooden plank floors.

Non-Indians were not allowed to use the hospital facility in Whiteriver. After our experience in McNary, we received special permission from the Public Health Service and our son Patrick was born at the Indian Hospital in Whiteriver.

I learned how to speak some Apache because more than half of the Tribe did not speak much English and I needed to use an interpreter. The Apaches were very happy people with a great sense of humor who appreciated the Public Health Service being there.

After my Apache became more proficient, I never got home before 8 PM because everyone wanted to see the one who spoke Apache.

During my four-year stay in Whiteriver, I became only the seventh non-Indian to ever be inducted into the White Mountain Apache Tribe. I felt very honored to be recognized like that.

I delivered lots of babies while in Whiteriver.

I was then accepted into the family practice program in Ventura County Hospital in Ventura, California.

Half of the other residents did not like doing general surgery or delivering babies so I filled in doing extra surgery and deliveries in order to fulfill the requirements necessary to receive my boards in family practice. This took a couple of extra months.

I then spent two years at the Indian Hospital in Phoenix delivering babies and performing gyn surgery.

In 1973, I started covering the ER on the weekends for the doctors in Cottonwood because they were so short-handed.

There have been four or five additions to the old Marcus J. Lawrence hospital since then.

We moved to Cottonwood in 1974 and have been here ever since. That was 48 years ago and lots of babies.

Counting all the babies since 1963, I have delivered approximately 12,100 and have lots of fond memories. My fondest memories are of the people of the Verde Valley, Prescott, Prescott Valley, and Flagstaff.

They have made my life very special and I want to take this opportunity to thank all of those who have remained loyal to me for all of these years.

When we came to Cottonwood there were no traffic lights, only a few stop signs, and one police car to cover the town. That one officer always managed to catch me doing 50 mph on Mingus Avenue at 3 AM racing to a delivery.

Initially, he would follow me with lights flashing, and in time he would flash his lights as I passed telling me to slow down.

In Cottonwood, at Main and 89A, there was a stop sign. There was a Phillips gas station where Walgreens is now, and Sawmill Village was in place across the street.

The land where Food City and Safeway shopping centers are was just vacant land. There were no buildings on the corner beyond where KFC is now.

There really wasn’t anything from there to I-17.

The Chamber of Commerce building was located where Starbucks and Dunkin’ Donuts are now and was the eastern boundary of Cottonwood.

If you wanted fresh meat, there was the Cavalier Market owned by two Asian brothers, which was across from the A&W, now Pepe’s Café.

Old Town Cottonwood was basically a ghost town. Most of the buildings were vacant.

The theater was open for a while, but then closed and eventually burned down, and is now The Tavern Grill.

There were five doctors practicing in Cottonwood when I arrived; I was No. 6. Now, there are more than 80 doctors in the Verde Valley.

In those days it was not uncommon to trade a delivery for a half of a beef or a hog, and an office visit might cost a dozen eggs.

I miss the old days but have adjusted to a very busy and more complicated Verde Valley.

I remember that there were only two Mexican restaurants in town. Both had great food!

There was Hacienda Inn on the bypass and one called Alfredos where Georgie’s Café is now.

Alfredo would sing and play his guitar while you were eating. It seemed we would know everyone who was there on a Friday night. It seemed like a weekly party.

Out past Camp Verde on 260, there was a place called the Zane Grey Steakhouse. They had a band named “Jess and Jessica” play on the weekends and there was a large dance floor.

We would take the kids out there on a weekend and have a steak dinner and then would all dance to country western music. The only problem was that we would have to leave by 9 p.m. because things might get a little rough after that.

The steakhouse burned down very mysteriously in the mid-80s.

The most disturbing change for me now is the inability to draw a big game tag. In the beginning, it was common to draw a tag almost every year. Now, it may take you 17 years to draw an elk tag.

I now have 7 bonus points for elk. I don’t know if I have another 10 years to wait to be drawn again. If I do, I don’t know if I will be able to walk! So, I am thinking about developing a four-wheel drive wheelchair with a porta-potty and a gun rest — just in case.

I really feel very blessed. I had great parents who cared, I have a beautiful wife of 58 years, five grown, healthy children and 10 healthy grandchildren.

My health is good and I have been very fortunate to have had the experiences in the Verde Valley that I have had; the people I have taken care of and the friendships I have made.

No regrets from me!

Thank you all very much.