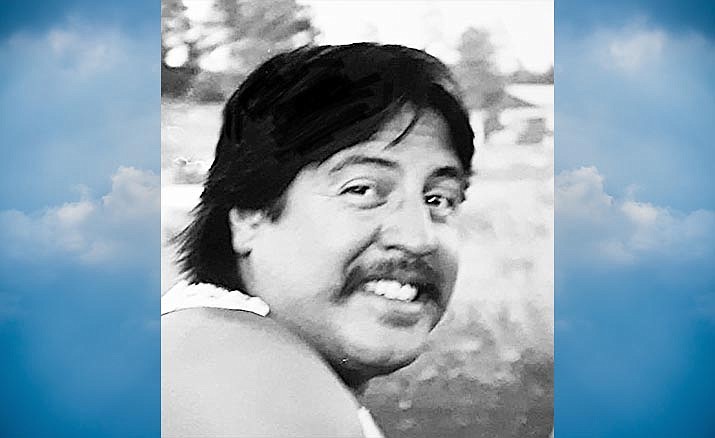 With heavy hearts, we announce the death of Kenneth Randolph (Randy) Solis, 62, of Cottonwood, AZ.

Upon diagnosis with end stage disease, he humbly asked God for two more years and was blessed with ten.

A fervent Christian, who believed that all was possible thru Christ. He was born in Santa Monica, CA to Basilio (Buz) Solis and the late Nellie Trejo.

At age 18 he joined the California Conservation Corps and began his love for the outdoor life. He served as a wildland firefighter for National parks in California and Arizona, and was a proud member of the Mendocino Hot Shots.

He moved to the Grand Canyon and was a long-term resident of his beloved, Flagstaff.

His greatest gift and life’s joy will forever be his family. Randy is survived by Doraine and his daughter, Kelly Solis, and his grandchildren, Kaelynn (Mano) and Orlin (Tupko).

He is preceded in death by his mother, Nellie Trejo.

Special thanks to Compassus Hospice team and his community at Verde Valley Manor.

Funeral services thru Buelers Funeral home, Cottonwood AZ, to be postponed until August 2021 and will be announced. Arrangements will be made at Immaculate Conception Catholic Church, interment at Old Souls Cemetery, Cottonwood.