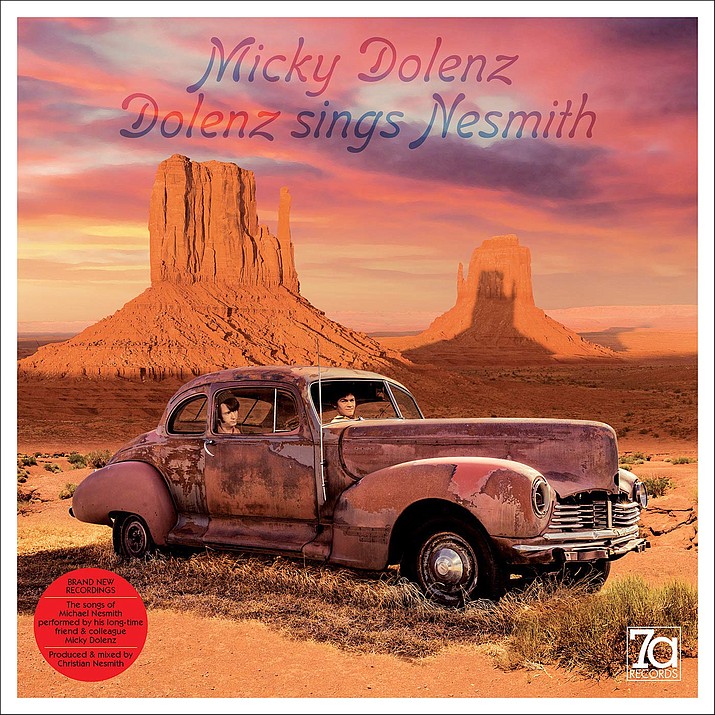 Here are some of the newest full-length albums you can download.

The album is packed with songs Michael Nesmith wrote throughout his career, all beautifully reimagined by Dolenz.

And who better to produce it than Nesmith’s son, Christian Nesmith, who has done a brilliant job in coming up with fresh and completely new arrangements for all of the songs.

This is the album Monkees fans have waited years to hear.

The CD version includes a bonus track, as well as a big color booklet with extensive liner notes, previously unseen photos and lyrics to all of the songs.

“We’ve been working on this album on and off for two years now, and I’m very proud of what we have put together,” Shelton said.

Shelton is a country music singer and television personality. In 2001, he made his debut with the single “Austin.”

The lead-off single from his self-titled debut album, “Austin” spent five weeks at number one on the Billboard Hot Country Songs chart.

As of December 2020, Shelton has charted 40 singles, including 28 number ones,17 of which were consecutive.

The 11th No. 1 (“Doin’ What She Likes”) broke “the record for the most consecutive No. 1 singles in the Country Airplay chart’s 24-year history.” Shelton is a nine-time Grammy Award nominee.

Tracks include: Minimum Wage, Monday Mornin’ Missin’ You, The Flow.

Hynde and Walbourne collaborated on the album almost entirely via text message. Walbourne would record an initial idea for each cover on his phone before sending it to Hynde, who would then record vocals. All of the tracks were mixed by Tchad Blake (U2, Arctic Monkeys, Fiona Apple). Hynde is a founding member and the guitarist, lead vocalist, and primary songwriter of the Pretenders, as well as its only constant member. Hynde formed the Pretenders in 1978 with Pete Farndon, James Honeyman-Scott and Martin Chambers.

Tracks include: In the Summertime, You’re a Big Girl Now, Standing in the Doorway, Sweetheart like You, Blind Willie McTell, Love Minus Zero / No Limit, Don’t Fall Apart on Me Tonight, Tomorrow Is a Long Time, Every Grain of Sand.

With a musical catalog defined by honest and deeply personal lyrics carried by her powerful, radiant voice, Paula Cole has always had a gift for discerning the underlying humanity in stories from her own life as well as those around her, and channeling those emotional elements into captivating music.

On her new record ‘American Quilt,’ Cole applies this natural insight to American history and musical roots traditions by interpreting a selection of classic songs – each of which provide an entry point for rediscovering the overlooked stories and figures that populate America’s interwoven cultural lineage.

The album was produced by Cole, who was the first woman nominated (without collaborators) as Producer of the Year at the 1997 Grammy awards. She received seven Grammy nominations that year

Tracks include: You Don’t Know What Love Is, Wayfaring Stranger, God’s Gonna Cut You Down, Wayfaring Stranger, Shenandoah, Black Mountain Blues, Good Morning Heartache, Nobody Knows You (When You’re Down And Out), Blackbird, Steal Away / Hidden In Plain Sight, What A Wonderful World.

Twenty One Pilots – Scaled And Icy

Twenty One Pilots have announced their new album, ‘Scaled And Icy.’

‘Scaled And Icy’ is the band’s first studio album in three years and follows their RIAA Platinum certified LP, Trench.

In addition to the news of the forthcoming album, Twenty One Pilots have also announced their first-ever global streaming event, “Twenty One Pilots - Livestream Experience,” which is scheduled to broadcast worldwide on Friday, May 21 at 8 p.m. ET.

“Twenty One Pilots - Livestream Experience”promises to be an unforgettable performance from the duo, with a catalog spanning setlist that will also mark the live debut of new material from Scaled And Icy.

Written and largely produced by Tyler Joseph in isolation over the course of the past year at his home studio, with Josh Dun engineering the album’s drums from across the country, Scaled And Icy is the product of long-distance virtual sessions and finds the duo processing their upended routines along with the prevailing emotions of 2020.