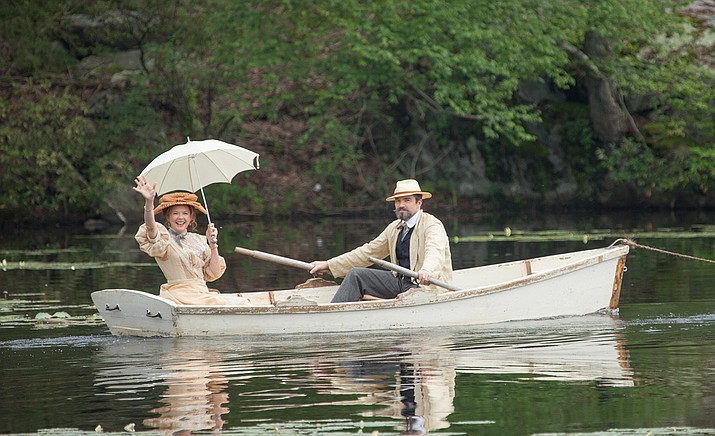 “The Seagull” explores, with comedy and melancholy, the obsessive nature of love, the tangled relationships between parents and children, and the transcendent value and psychic toll of art.

The Sedona International Film Festival will present a “Festival Flashback” of “The Seagull” on Monday, May 24 at 4 and 7 p.m. at the Mary D. Fisher Theatre.

Adapted by Tony-winning playwright Stephen Karam Anton Chekhov’s classic play and directed by Tony-winner Michael Mayer, “The Seagull” explores, with comedy and melancholy, the obsessive nature of love, the tangled relationships between parents and children, and the transcendent value and psychic toll of art.

One summer at a lakeside Russian estate, friends and family gather for a weekend in the countryside. While everyone is caught up in passionately loving someone who loves somebody else, a tragicomedy unfolds about art, fame, human folly, and the eternal desire to live a purposeful life.

The estate is owned by Sorin (Brian Dennehy), a retired government employee, and his sister Irina (Annette Bening), a legendary actress of the Moscow stage.

Irina is imperious, narcissistic and selfish, and anxious about holding on to her star status and the affections of her younger lover, Boris Trigorin (Corey Stoll), a successful writer of short stories.

Irina constantly belittles her aspiring writer son Konstantin (Billy Howle), perhaps because his existence as a grown man reminds her that age is catching up with her. While he adores his mother despite her cruelty, Konstantin acts out his insecurity and anger by rejecting both her style of theatre and Boris’s writing, declaring them old-fashioned and banal.

A dreamer, Konstantin declares he will create bold and superior new forms of theatre and literature.

Konstantin, who grew up on the estate, is head over heels in love with Nina (Saoirse Ronan), a beautiful and naïve local girl who dreams of being an actress.

Nina is flattered when Konstantin gives her the starring role in his newly written play, but soon after encountering Boris, she rejects Konstantin, and pursues the handsome and famous writer instead.

She scorns the insipid schoolteacher Medvedenko (Michael Zegen), who refuses to be discouraged by her rejection and accepts any crumbs of attention she drops him. Polina aches for the charismatic country doctor Dorn (Jon Tenney), who, pays her some attention, but still relishes the connection with Irina with whom he had an affair years ago.

The elderly Sorin, long past any hope of romance, lives in a languid state of regret over roads not taken.