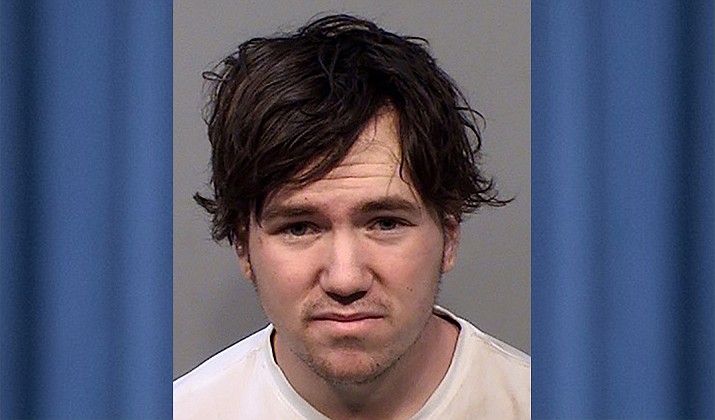 CHINO VALLEY — An 18-year-old Chino Valley man was arrested Monday on multiple charges that include allegedly stealing vehicles from a Cottonwood dealership.

David J. “D.J.” Knight was booked into the Yavapai County Detention Center early Monday morning. He is being held without bond on charges of vehicle theft, burglary and charges from several other jurisdictions, according to the Cottonwood Police Department.

According to reports, Cottonwood police were dispatched Sunday to Cottonwood Auto Sales for a report of multiple vehicles that had been stolen the night before. The investigation revealed a 2013 Ford F-250 and a 2017 Chrysler Pacifica, with a combined estimated value of $70,000, were gone.

The thief or thieves were able to gain access to the keys by “defeating” the locking mechanism that housed the keys, police said. It was discovered the suspect also stole a set of keys to a Lexus GX70 and two dealer plates.

Knight was wanted by the Chino Valley police on multiple auto theft and burglary charges, but at the time he was spotted Monday officers did not yet have information about the ongoing Cottonwood investigation.

Chino Valley officers attempted a traffic stop, police said, but Knight drove away in a pursuit so reckless that officers called off the pursuit.

A successful stop-stick deployment disabled the truck. Knight was taken into custody without further incident.

The Chino Valley police discovered the vehicle Knight was driving was involved in the Cottonwood Auto Sales vehicle theft. Cottonwood detectives responded to Chino Valley to join the investigation.

The Chrysler Pacifica that had been stolen Sunday night was later found parked a short distance from the dealership.