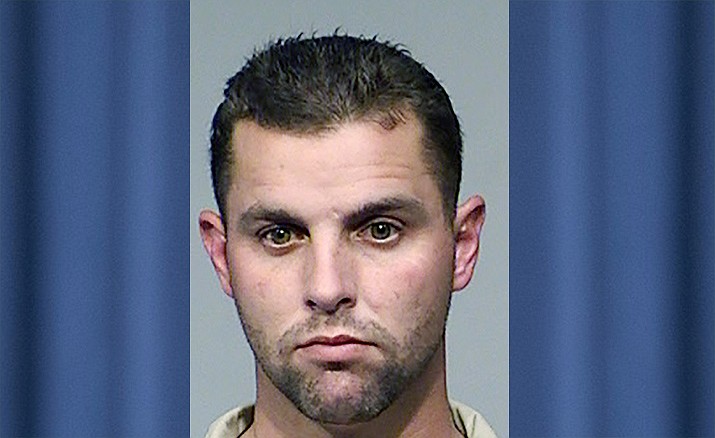 VERDE VALLEY — A man accused of stealing thousands of dollars in checks from Yavapai County mailboxes has been arrested on several charges, according to a news release.

The Yavapai County Sheriff’s Office announced Wednesday that a man named Michele L. Wilcox, 34, of Sedona has been arrested for defrauding several Yavapai County residents out of more than $30,000.

Thursday morning, Wilcox was being held at the Camp Verde Detention Center on bonds totaling $32,500. His charges include two counts of fraud schemes, five counts of theft, six counts of forgery and three counts of aggravated identity theft.

YCSO said Wilcox’s arrest concludes a three-month investigation in which it alleges Wilcox was stealing checks out of mailboxes, altering the checks and depositing them into his accounts.

The office says the first case happened in February when the suspect stole a check from a victim in Sedona.

Then, another victim reached out to the Sheriff’s Office to report their mail had been stolen. Detectives learned a check was also taken, altered and deposited into the suspect’s account in this case.

Since February, a YCSO detective has linked Wilcox to at least three cases and is still actively investigating if there are more victims.

“Our detective did a fantastic job linking these cases together and identifying a suspect,” Sheriff David Rhodes said in the news release. “The investigation has revealed that Mr. Wilcox has been committing these types of crimes for years and we are glad he is behind bars.”

YCSO believes there are more victims. Anyone who believes they were victimized, or has more information about these cases, is urged to call the Sheriff’s Office at 928-771-3260 or Yavapai Silent Witness at 1-800-932-3232.