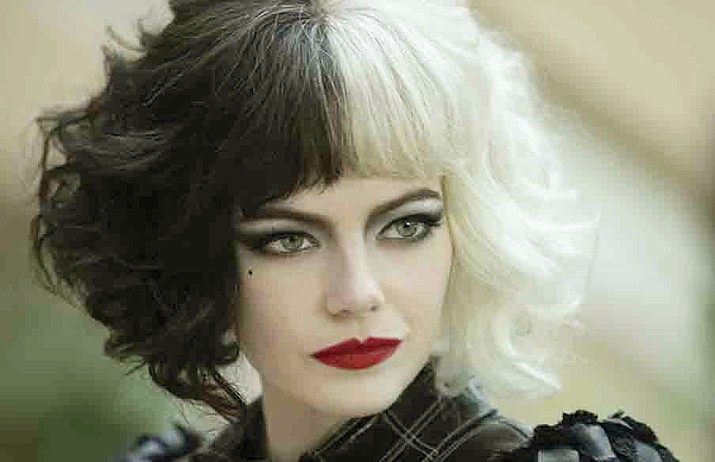 Emma Stone stars in a reimagining of the Cruella De Vil character.

Here are some of the newest movie releases.

Before she becomes Cruella de Vil? Teenaged Estella has a dream. She wishes to become a fashion designer, having been gifted with talent, innovation, and ambition all in equal measures.

Having wound up penniless and orphaned in London at 12, four years later Estella runs wild through the city streets with her best friends and partners-in-(petty)-crime, Horace and Jasper, two amateur thieves.

When a chance encounter vaults Estella into the world of the young rich and famous, however, she begins to question the existence she’s built for herself in London and wonders whether she might, indeed, be destined for more after all.

When an up-and-coming rock star commissions Estella to design him a signature piece, she begins to feel as though she has truly arrived.

But what is the cost of keeping up with the fast crowd- and is it a price Estella is willing to pay?

Endangered Species is an intense, action-packed survival-adventure movie about a wealthy American family who travel to the vast African wilderness of Kenya hoping for a dream vacation.

But when their safari vehicle is attacked by a rhino protecting her calf, the family is left stranded miles from help and their dream vacation turns into a nightmarish struggle for survival in a world where they are the bottom of the food chain.

Based on the true story, American Traitor: The Trial of Axis Sally  follows the life of American woman Mildred Gillars (Meadow Williams) and her lawyer (Al Pacino), who struggles to redeem her reputation. Dubbed “Axis Sally” for broadcasting Nazi propaganda to American troops during World War II, Mildred’s story exposes the dark underbelly of the Third Reich’s hate-filled propaganda machine, her eventual capture in Berlin, and subsequent trial for treason.