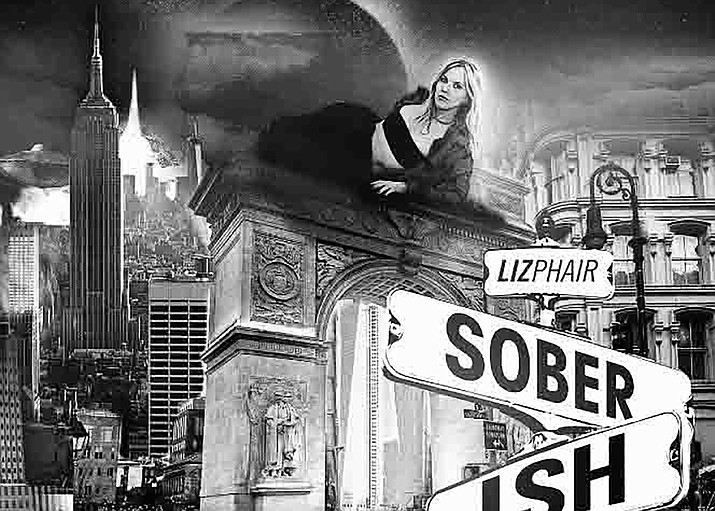 New music releases include a new album from Liz Phair.

A new album from Liz Phair leads our list of new music releases.

Liz Phair brashly but effortlessly drops lyrical nuggets into her melody-driven, lo-fi songs. It makes for a devastating back catalogue; from the peerless Exile In Guyville to Whip-Smart, Whitechocolatespaceegg to the self-titled Liz Phair, each of her records acts as another timely klaxon call for a generation not prepared to sit back nor shut up. It’s a career that’s heralded her Grammy Award nominations, a spot on Rolling Stone’s albums of all-time list, and decades of critical acclaim that has inspired and influenced some of the brightest new faces of yesterday and today, veering from cult icon to mainstream concern. Over a decade since her last record was released, Liz Phair now returns with another bagful of fireworks already fizzing to be let off in the shape of the album Soberish. Liz maintains the sass that propelled her to become such a critical darling, and that innate ear for melody and razor sharp way with words.”

James - All The Colours Of You

James will release their 16th studio album All The Colours Of You as physical on 6/18. The new full-length was produced by Grammy award-winning Jacknife Lee (Taylor Swift, U2, REM, Snow Patrol, The Killers), who bought a fresh approach to James’ sound and captured the band in all their glory. All The Colours of You features the most arena-ready tracks of James’ 38-year career, the sound of one of Britain’s best bands, deconstructed and reassembled by one of the world’s most renowned producers.

Rock & Roll Hall of Famer and ZZ Top frontman Billy F Gibbons wants to take you on a desert trip.

Hardware is Gibbons’ third solo release. He compiled a group of A-listers, including Matt Sorum (drums) and Austin Hanks (guitar), and headed to Pioneertown in the California desert to record the album.

Hardware features the guitar prowess and vocals that have made Gibbons a legend but also shows him stretching his musical landscape past the place where the road ends.

Bachelor, the new project from Melina Duterte (Jay Som) and Ellen Kempner (Palehound), is not a band, it’s a friendship. In January of 2020, the duo packed the entirety of Duterte’s recording equipment into two cars and headed to a rental house in Topanga, CA where over the course of two weeks, they wrote and recorded their debut album Doomin’ Sun. In this space, Kempner and Duterte hybridized their individual songwriting talents, producing a collection that slips between moods with ease and showcases their lyrical prowess. On the bass-heavy rock song “Stay in the Car,” the duo paint a yearning portrait of a woman in a supermarket parking lot, a barely-contained desire oozing out of cotidian descriptions like: “She burns out of the market/ Plastic bags digging into wrists/ Blood stuck in her fingertips.” The heavy bass makes another appearance on “Anything At All,” a track with a chorus so playful it could be a schoolyard taunt, defying the darker lyrical themes heard on the verses.There was a lot of pain that went into the record, especially around themes of queerness and climate change inspired by the red skies and wildfires subsuming Australia at the time. However, when the duo did shed tears during the creative process, they weren’t tears of sadness, they were tears of laughter. When Kempner and Duterte look back on those weeks, what they remember first is shortness of breath and the inability to track vocal takes without falling to the floor howling. They couldn’t remember a time they’d ever been so delirious with creativity, so overwhelmed with joy.