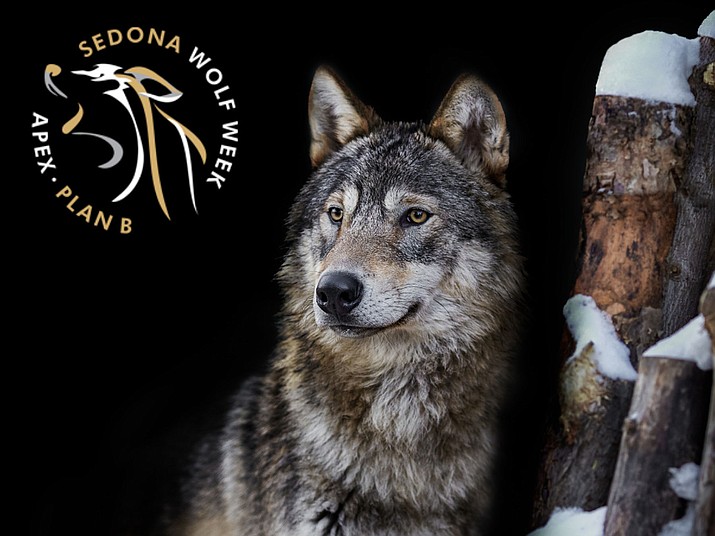 The Sedona International Film Festival, in partnership with two nonprofits, Plan B to Save Wolves and Wolf Dogs and Apex Protection Project, will be the venue for this year’s Sedona Wolf Week at the Mary D. Fisher Theatre on Nov. 10-11 from 9 a.m. to 8:30 p.m. each day, according to a news release.

Attendees will be able to enjoy Sedona Wolf Week on the big screen in the theatre. This special pass provides two days of live-streamed programming, in and out theatre privileges, plus the added benefit of a virtual pass for all wolf week events and a ticket to a special evening of films by Rain.

Wolf experts worldwide will stream in on the big screen in front of a live audience to talk about the most current wolf issues, studies, and more. In addition, director Jean Michael Bertrand will screen two of his breath-taking documentaries, “Valley of the Wolves” and “Wolf Walk,” about his observation of wolves in France with post-film Q&A, and the Founders of Apex Protection Project will stream in live with some of the wolves at their sanctuary in California, sharing facts about wolves and answering questions from the audience.

Also featured will be Sedona local Michael Schroeder on Nov. 11 from 10:15 to 11:15 a.m., along with other panelists discussing the future of the Mexican Gray Wolf. Mike generously donates his time and plane to fly Mexican Gray Wolf puppies to various destinations as part of the cross-fostering program to preserve the species.

On Nov. 11, 6 to 8:30 p.m., a trio of films by Rain (Náhk-xho’óxeóó’’stse/Bear Stands Last), the executive director of the Global Indigenous Council, will be featured. Rain’s most recent film, the award-winning “Somebody’s Daughter (1492-),” is a documentary about the Murdered and Missing Indigenous Women (MMIW) tragedy, which has been called both “hauntingly beautiful and emotionally devastating.”

This film will be shown, along with “Family,” a short film about wolves, and “Say Her Name” with Rain live streaming for Q&A from the audience. This ticket is available separately for $22.

Since wolves lost protection under the Federal Endangered Species Act this past January, individual states passed laws allowing the slaughtering of wolves to near extinction.

There has never been a more crucial time to raise the general public’s awareness about the directly related atrocities and build a broader community of advocates for wildlife protection and social justice.

Sedona Wolf Week, now in its sixth year, is the largest annual wolf educational conference globally. This year, the event is branching out to Los Angeles for the first time and being hosted live in Sedona and virtually to raise as much public awareness as possible.

The schedule with details and ticket options for the in-person theatre experience and the night of films by Rain is available on SedonaWolfWeek.org. All wolf week events can be watched online for free as well. For questions, please email info@sedonawolfweek.org or call 559-425-6191.