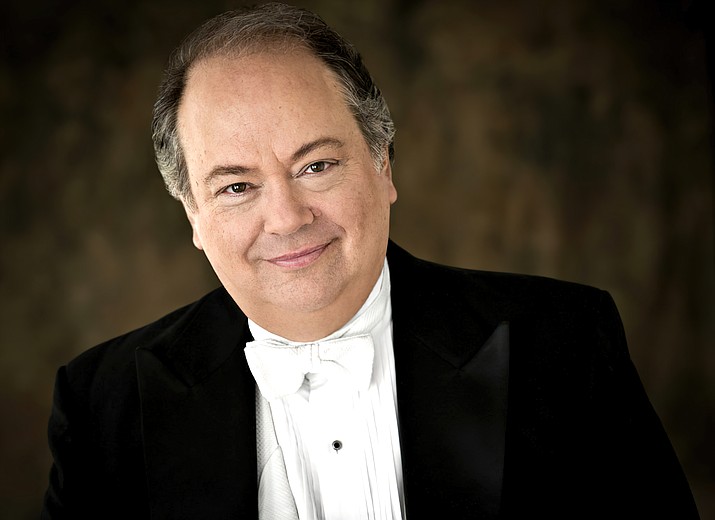 Guest pianist Jeffrey Swann will perform George Gershwin’s Rhapsody in Blue with the Verde Valley Sinfonietta, under the direction of Music Director Kevin Kozacek, on Sunday, Nov. 7, in the Sedona Performing Arts Center at 2:30 p.m.

Swann enjoys an international performing career, which has taken him throughout the United States, Europe, Latin America and Asia. He won first prize in the Dino Ciani Competition sponsored by La Scala in Milan, a gold medal at the Queen Elisabeth Competition, a bronze medal at the Van Cliburn Competition, and top honors at the Warsaw Chopin, Vianna da Motta and Montreal Competitions, as well as the Young Concert Artists auditions in New York City. His large and varied repertoire includes more than 60 concertos as well as solo works ranging from Bach to Boulez.

The Nov. 7 concert begins with Aaron Copland’s An Outdoor Overture, which was commissioned by and dedicated to the High School of Music and Art in New York.

The world premiere performance was conducted by Alexander Richter on Dec. 16, 1938. Composing for young performers was always close to Copland’s heart.

He wanted to play a role in introducing good contemporary music to young players, and as Elliot Carter wrote in a review, “Its opening is as lofty and beautiful as any passage that has been written by a contemporary composer. It is Copland in his prophetic vein … never before has he expressed it so simply and directly.”

Rhapsody in Blue was written and performed by George Gershwin on Feb. 12, 1942, as part of a concert titled, “An Experiment in Modern Music,” in Aeolian Hall in New York City.

The work, commissioned by bandleader Paul Whiteman, combines elements of classical music with jazz, and became Gershwin’s most popular work, as well as a key composition that defined the Jazz Age.

An American Heritage magazine article suggested that the famous opening clarinet glissando has become as instantly recognizable to concert audiences as Beethoven’s 5th.

This concert is co-sponsored by: Neil and Mary Pope, Scott Kummerfeldt and Mary Morris, and Peter and Kathy Wege. Discounted tickets are available on the Sinfonietta website: VVSinfonietta.org. Masks are recommended. Tickets at the door are available with surcharge.