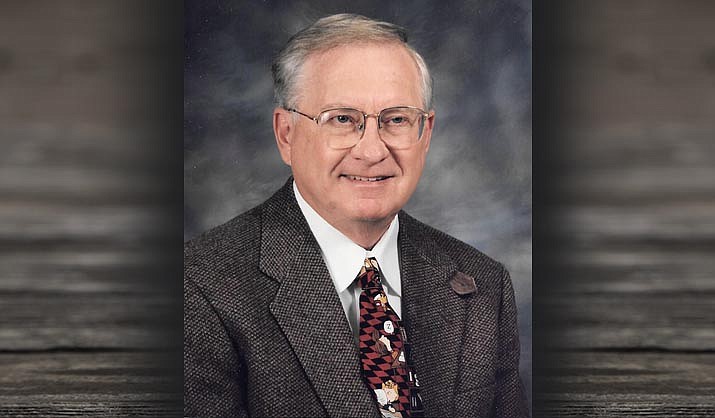 In Phil’s first year of teaching in 1959 he met the love of his life, Donna. Phil married Donna in 1961 at Lisbon United Methodist Church. During their time in Iowa, Phil and Donna had five children, Joan, Jeff, Julie, Jennifer, and Joel.

In 1961, Phil became a High School Principal and he served in that capacity for 11 years. He became a Superintendent in 1972 and was a Superintendent in Iowa from 1972-1983. In 1983, Phil moved his family to Camp Verde, where he accepted the position of Superintendent of Schools for Camp Verde Unified School District. Phil fell in love with Camp Verde, its’ people, and the scenery of Arizona. He worked fervently to improve school facilities, raise academic standards, and improve relations with the Yavapai-Apache Nation. Phil was able to spearhead the building of Camp Verde Middle School and Camp Verde High School campuses, which remain in use to this day. One of Phil’s proudest achievements was the completion of the Multi-Use Complex, specifically the Performing Arts Center. Phil believed the students and residents of Camp Verde deserved a performing arts center to enjoy music, theater, host school assemblies, and congregate.

Arrangements are entrusted to Greer Mortuary of Sedona.

Information was provided by Greer Mortuary of Sedona.