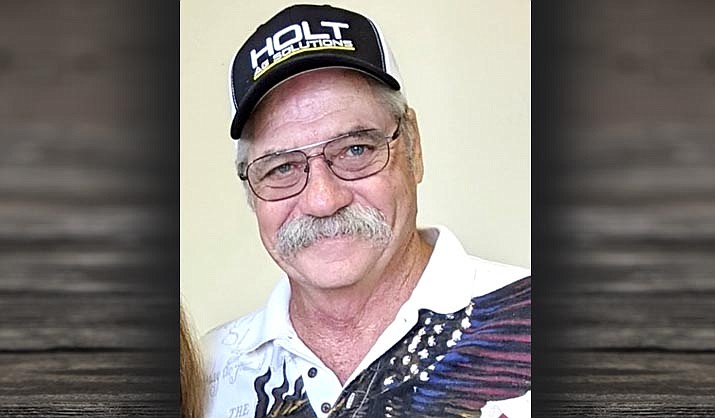 In Loving Memory Timothy Allen Allerdings, Sr. Our beloved husband, father, grandpa, brother, uncle, and friend, Tim Allerdings, passed away on October 28th, 2021 surrounded by his family. Tim was born December 14th, 1954 in Mobridge, SD to Elmer and Barbara Allerdings. He was the middle child of five kids. Tim played basketball and football and graduated Selby High School with honors in 1973 with the love of his life, Christie, by his side.

In April (1st) 1974, Tim started a four-year apprenticeship program at Camwall Electric to become a Journeyman Lineman. After the apprenticeship, Tim then pursued his career as a Journeyman Lineman and retired 46 years later in August of 2020. In the same year of 1974, Tim and Christie said their forever vows on April 20th and then continued their life in Selby welcoming three beautiful boys, Timothy Jr. (May 14th, 1975), Thomas (May 6th, 1977) and Tyler (June 4th, 1981).

After building their beautiful life together in Selby, Tim wanted to live in the mountains and in 1985 he relocated his family to Lakeside, AZ. His dream came true of living in the White Mountains, where he accepted a Journeyman Lineman position with Navopache Electric and went by the nickname, “Dakota”. He was a respected Area Rep with Navopache Electric in Overgaard, AZ for five years as well. Tim truly enjoyed being a lineman and the many opportunities of climbing the electric poles.

Tim and Christie wanted to be closer to their kids and sister and moved to Cottonwood, AZ in 2005. Tim then worked for APS Electric until he retired in 2020. If Tim wasn’t working he would be up in the mountains scouting and hunting, he was an avid archery hunter. He was a man of many talents, from cake baking to fixing just about anything. The saying goes “If Tim can’t fix it, than no one can”. He enjoyed his time with family and friends and will be forever missed by everyone who knew him. His beautiful life will forever be cherished in his surviving family: adoring wife, Christie Allerdings of Cottonwood, AZ; sons, Timothy (Karla) Allerdings Jr. of Pinetop, AZ, Thomas (Jenny) Allerdings of Prescott Valley, AZ and Tyler (Bethany) Allerdings of Cottonwood, AZ; mother, Barbara Allerdings of Selby, SD; siblings, Debbie (Doug) Wager of Mobridge, SD, Danny (Elaine) Allerdings of Hardin, MT, Linda (Dan) Beaman of Selby, SD, and Cynthia Resche of Selby, SD; grandchildren, Timothy, Grace, Tanner, Keagan, Tyler Jr., Blaine and Addisyn, along with numerous nieces, nephews, and friends that were like family. He is preceded in death by his father, Elmer Allerdings; sister-in- law, Linda Martinez, and brother-in-law, James Jung.

A private Celebration of Life will be held amongst close family and friends following his cremation. Any flower arrangements can be made with the local florist; Flowers Unlimited or sent directly to the family.