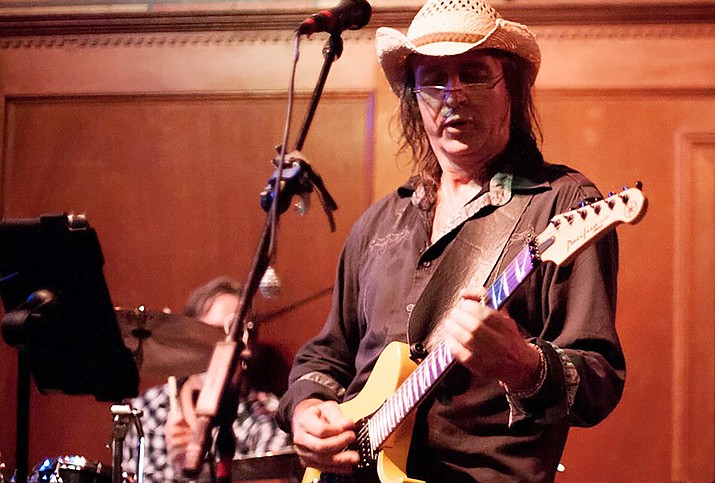 Tommy Anderson and Stevie Ray Ellis are scheduled to perform at Tommy Rocks Music Store on Sunday, Nov. 14, at 11:30 a.m. as part of Tommy Rocks “Patio Concert Series,” according to a news release.

If you’re in Jerome, you’ll definitely want to stop by Tommy Rocks Music Store. Tommy hosts patio concerts, and on Sunday, Nov. 14th, Tommy will be performing with veteran musician Stevie Ray Ellis; also performing will be Marc Ellis sitting in on bass.

As early as 2000, Anderson joined forces with veteran musicians Ellis and Pete Gitlin, and they formed a number of bands including the trio “Luke Warm & The Not So Hots.”

Now, 20 years later, Stevie Ray & “Tommy Rocks” will perform on the patio outside of Anderson’s music store in Jerome. Tommy Rocks is located directly under the post office; just take the stairs down to the lower level of the new state building (near the fire station, and directly across from the previous “Grapes” restaurant).

Ellis started playing music at 7, and at 15, he placed second in the “World Championship 5-String Banjo’’ competition.

“Ellis is an excellent entertainer, whether he’s playing banjo, guitar or singing. Steve brings his high energy and showmanship to the band, giving an upbeat edge to the Luke Warm show,” a news release stated. “Over the years he has performed with some of our music icons of today, including John Hartford, Mac Wiseman, the New Grass Revival, Ralph Stanley and Kenny Rogers.”

Anderson is an accomplished all-around musician - a singer, songwriter, guitarist and multi-instrumentalist, arranger, engineer and producer with over 17 albums to his credit.

Anderson joined Luke Warm & The Not-So-Hots in 2000, and performed alongside Ellis and Gitlin, who passed away earlier this year. This reunion gig on the patio of Tommy Rocks Music Store in Jerome will be one you won’t want to miss!