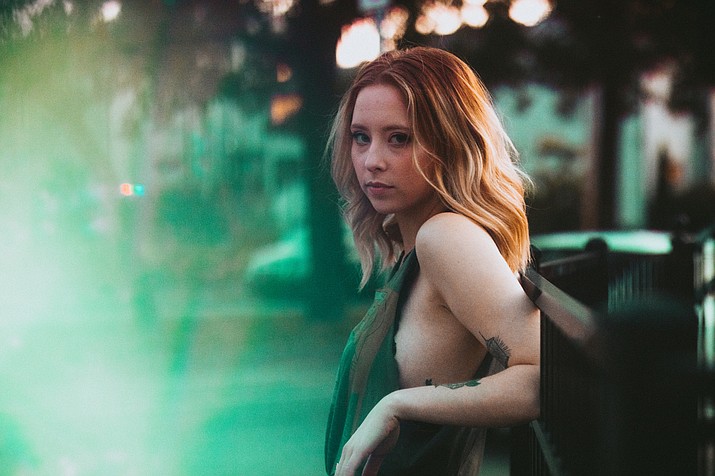 The Old Town Center for the Arts partnered with Yavapai College Performing Arts Center to present an evening with Kalie Shorr at 7 p.m. Saturday, Nov. 20, according to a news release.

Born in Maine and now living in Nashville, Shorr arrived on the scene in 2016 with the release of her debut single, “Fight Like A Girl,” and has continued to receive widespread attention across Nashville and beyond ever since.

She’s been included in CMT’s “Next Women of Country,” SiriusXM The Highway’s “Highway Find” and Teen Vogue’s “The New Nashville,” while also being named an artist to watch by The Tennessean and HuffPost.

Shorr has shared the stage with iconic artists such as LeAnn Rimes, Sara Evans, Keith Urban, Stevie Nicks, Jason Isbell and The Struts, and made her Grand Ole Opry debut in 2018.

In addition to her acclaimed musical career, Shorr also has her own weekly podcast, “Too Much To Say with Kalie Shorr,” produced by iHeartMedia and Bobby Bones.

According to the New York Times, Kalie Shorr’s debut album was the No. 7 Best Album of 2019 alongside Taylor Swift, Lana Del Ray and Ariana Grande. Along with a long list of other accolades, Variety called Open Book “2019’s best freshman country effort.”

With wide praise for her debut album current album coming from diverse outlets like NPR, Slate, People, No Depression, Rolling Stone and more, Shorr’s 2020 lit up with The Guardian (UK) and The Tennessean calling her an artist to watch.

She is the most recent signee to New York-based TMWRK Records who released the expanded album Open Book: Unabridged late last year.

In January, an acoustic, unreleased Shorr song called “Amy” exploded on TikTok with over three million streams after which esteemed producer Butch Walker jumped in to produce that track with more coming later in 2021.

Shorr released her quarantine- recorded recent EP 3X3, Vol. 1: The Chicks as a nod to one of her all-time favorite bands and albums.

Shorr’s newest release received critical acclaim, Rolling Stone praises Shorr’s “Cowboy Take Me Away,” asserting “she applies a dream-pop sheen to her version, mixing reverb-drenched electric guitar and washes of synth pads with her airy vocals. Without drums or bass to hold down the low end, it has a weightless quality that makes her narrator sound even more ready to be swept away.”

Don’t miss this chance to see a new upcoming star. Get your tickets early for Shorr’s concert at Old Town Center for the Arts, Saturday, Nov. 20, at 7 p.m. Doors open at 6:15 p.m., and refreshments, including beer, wine, snacks and popcorn will be available.

Tickets for an evening with Shorr are $20 in advance and $22 at the door, $25 priority seating in the first three rows. Tickets are available online at showtix4u.com in Cottonwood at Desert Dancer; and in Sedona at The Sedona Film Fest Box Office.

Old Town Center for the Arts is located at 5th Street and Main. For more information, visit oldtowncenter.org.