Reno, Sheila McCormick to play at Music in the Stacks Concert Series Nov. 18 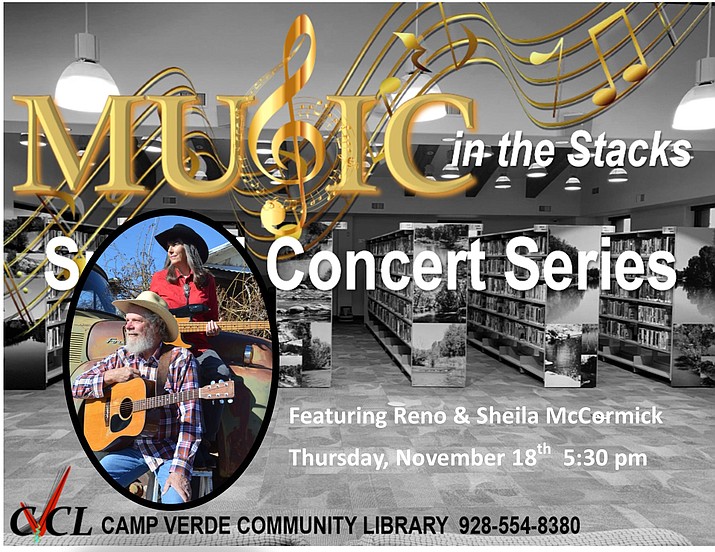 The Camp Verde Community Library’s next free Special Concert Series is scheduled for Thursday, Nov. 18, from 5:30 to 7 p.m. with Reno and Sheila McCormick, according to a news release.

The McCormick’s have been playing down-to-earth bluegrass, folk, country, and western music together since the 1980s. From Colorado to California to Arizona they have played at festivals, fairs, clubs and gatherings. 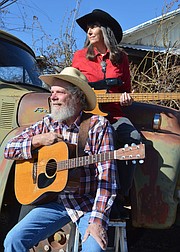 This duo features flatpicking by Reno on his Martin guitar while Sheila keeps the beat on the bass. Reno sings lead, with Sheila also taking a turn as lead vocalist. Tight vocal harmonies and inventive instrumentals are the hallmarks of these seasoned musicians.

Reno is a multi-instrumentalist who also plays fiddle, dobro, mandolin and banjo. He has been playing guitar since he was a teenager.

They have played classic country music on a regular basis locally. They have also performed at The Blazin’ M Ranch in Cottonwood, and the M Diamond Ranch in Rimrock, and like to include some cowboy tunes in their sets.

Camp Verde Community Library is located on Montezuma Castle Highway at 130 Black Bridge Road. For more information about this or any other library program, visit the library’s website at cvlibrary.org or call 928-554-8391.