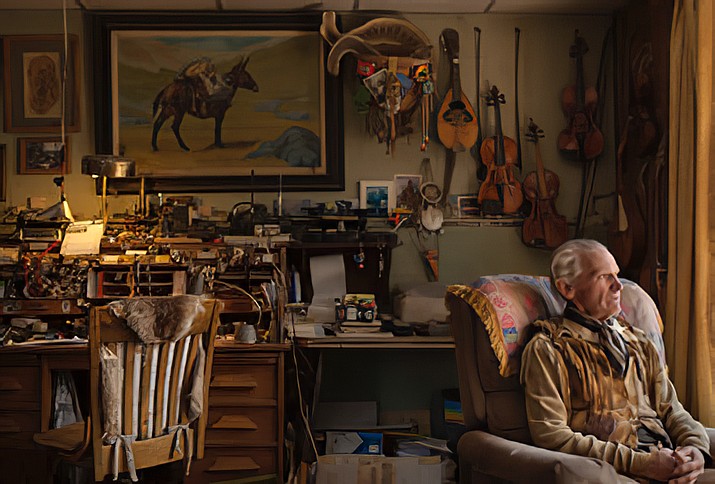 Professional photographer Scott T. Baxter will present at the meeting of the Sedona Camera Club starting at 6 p.m. Monday, Nov. 29, at the Sedona Creative Life Center, according to a news release.

Due to COVID-19 concerns about safety practices for indoor events, attendees are required to wear masks. The Sedona Creative Life Center allows for social distancing and the club will not serve refreshments to further mitigate risk.

In the first half of his presentation, Baxter will highlight his 100 Years 100 Ranchers project, a series of artful and captivating black-and-white photographs that records a disappearing way of life with deep roots in Arizona.

An official Legacy Project of the Arizona Centennial, this compilation of large format photographs depicts many of Arizona’s longest-active ranchers. Arizona Highways Editor Robert Stieve described 100 Years 100 Ranchers as “the best photographs ever made of ranchers in Arizona” with “a historical importance that doesn’t exist anywhere else.”

After a break, Baxter will present images from his Top Hand Project, a series of platinum/palladium photographs that is a natural extension of 100 Years 100 Ranchers. To stretch himself photographically, Scott chose a traditional process that complemented his subject matter.

Using one camera, one lens, and making only a few images of each person, Scott honored these busy cowboys by figuring out what he wanted, going in and getting it done so they could get back to work. Using tools missing in this digital age, Scott captured peaceful, quiet, moments when he connected with his subjects.

Baxter will also give a brief synopsis of his career, his current work, and show some of his award-winning editorial photographs commissioned by magazines such as Arizona Highways.

Baxter works out of his studio on the Cattle Track Arts Compound in Scottsdale. He has been a professional photographer for more than 30 years. His fine art photography work of the American West captures the dichotomy between the elegance and untamed nature of the west.

Baxter’s work is in numerous museums and private collections. Notably, his work is in the permanent collections of The Phoenix Art Museum, Desert Caballeros Western Museum, The Booth Museum of Western Art, Phoenix Sky Harbor Airport Museum and the Scottsdale Public Art Program.

Baxter says of his work, “My inspiration comes mainly from my subjects rather than other photographers. I certainly appreciate and respect the work of others, especially Jay Dusard, Kurt Markus, Adam Jahiel and Robb Kendrick, but in my own work I just go out and shoot what feels right. I try to let the photograph come to me. I don’t try to consciously force it, or think how another photographer might shoot it. There is so much imagery saturating us today, I find it is better to just follow what works for me.”

A large body of Baxter’s work lies in long-term photography projects with historical significance, blending portraiture with working images representing the west. Baxter was honored as one of Arizona’s 100 Culturekeepers in 2012.

Presentations, hosted by the Sedona Camera Club, are free to members. There is a $5 fee for guests. Local photographers are encouraged to join to support bringing high-quality speakers to promote interest in photography and develop photographic skills. Membership costs $35 for the whole year.

For more information on the Sedona Camera Club, go to sedonacamera.club.